The first blog entry in this series introduced the basic concepts of multicore processing and virtualization, highlighted their benefits, and outlined the challenges these technologies present. The second post addressed multicore processing, whereas the third post concentrated on virtualization via virtual machines. In this fourth post in the series, I define virtualization via containers, list its current trends, and examine its pros and cons, including its safety and security ramifications.

A container engine is a managed environment for deploying containerized applications. The container engine allocates cores and memory to containers, enforces spatial isolation and security, and provides scalability by enabling the addition of containers.

The next four figures illustrate the definitions given above.

The following figure provides a high-level abstraction of the three technologies addressed in this series of blog posts, highlighting their differences. Note that VMware and Docker are merely examples of virtualization vendors; other vendors exist.

As shown in the following figure, these three technologies exist at three different layers in an architecture. Note that virtual machines emulate hardware, while containers emulate operating systems. 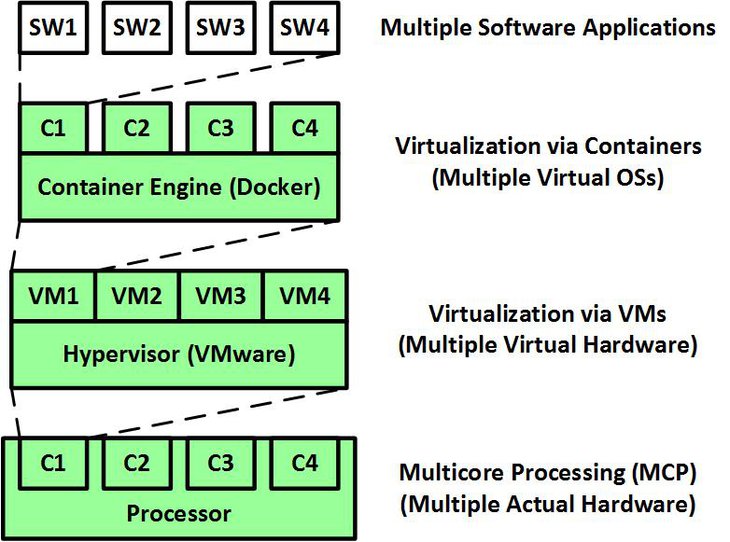 The following figure provides a more detailed illustration of virtualization via containers. Note that the virtualization layer (containers and container engine) sits on top of the infrastructure layer and depends on certain parts of the operating system/kernel. 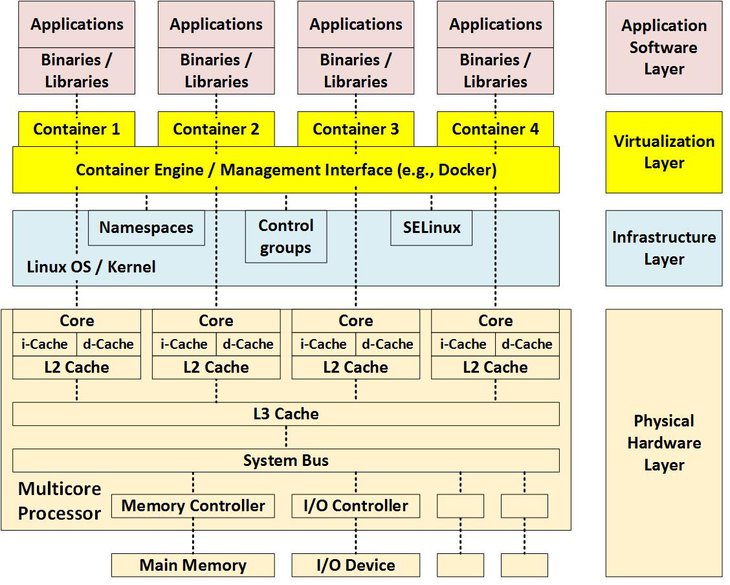 The following figure shows a hybrid container architecture that uses virtualization by both virtual machines and containers. 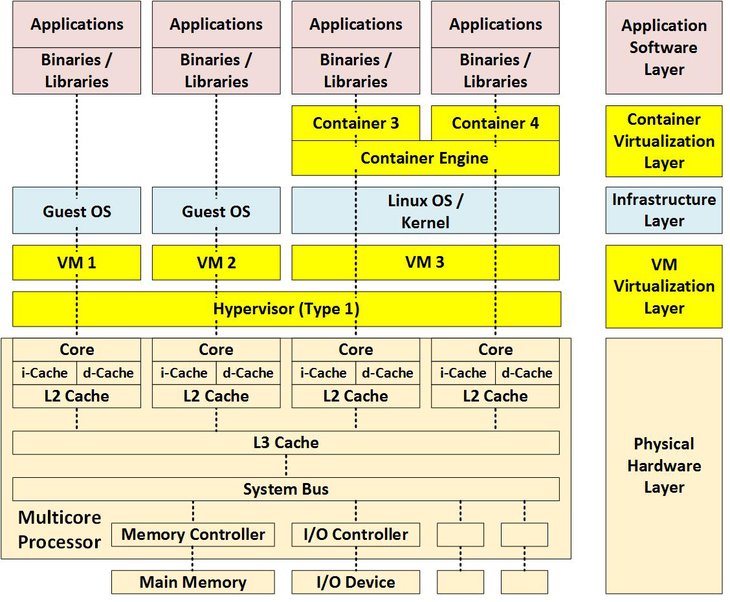 Current Trends in Virtualization via Containers

Containers are becoming more widely used because they provide many of the isolation benefits of VMs without as much time and space overhead.

Although containers are typically hosted on some version of Linux, they are also now hosted on other operating systems, such as Windows and Solaris.

Pros of Virtualization via Containers

The following advantages have led to the widespread use of virtualization via containers:

Cons of Virtualization via Containers

Although there are many advantages to moving to virtualization via containers, architects must address challenges and associated risks in the following six areas: 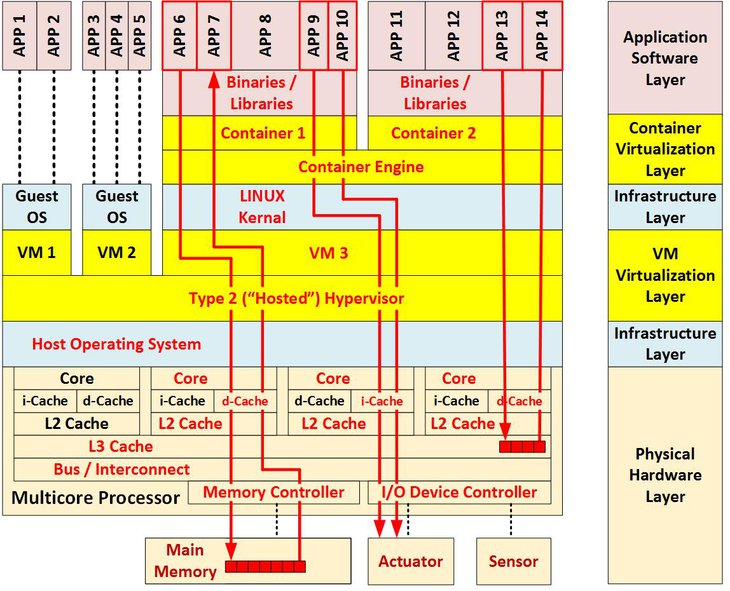 3. Safety.
Although containers provide significant support for isolation, the use of containers does not guarantee isolation. Temporal interference may cause delays that cause hard, real-time deadlines to be missed. Spatial interference can cause memory clashes. Whether by VM or containers, traditional safety accreditation and certification processes and policies do not take virtualization into account, making safety (re)accreditation and (re)certification difficult.

4. Security.
Containers are not by default secure and require significant work to make them secure. One must to ensure that (1) no data is stored inside containers, (2) container processes are forced to write to container-specific file systems, (3) the container's network namespace is connected to a specific, private intranet, and (4) the privileges of container services are minimized (e.g., non-root if possible). As with safety, traditional security accreditation and certification processes and policies do not take virtualization into account, making security (re)accreditation and (re)certification difficult.

5. Container Sprawl. Excessive containerization is relatively common and increases the amount of time and effort spent on container management.

The SEI has published other work on virtualization via containers with posts on Container Security in DevOps and Devops and Docker.

Read earlier posts in the multicore processing and virtualization series.