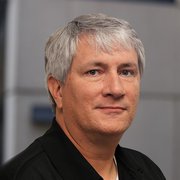 Will Hayes and Patrick Place

Those of us who have participated in large-scale development and acquisition of software-reliant systems have seen instances where, for any given environment, a metrics program is defined by a list of metrics that must be collected. The implication of such an approach is that these metrics must be produced for the program to proceed effectively and improve when needed. The promised improvements could be to the system, the way the system is being developed, or the way development is being managed.

Such a list often tells program participants the required metrics, but may include little to no indication of why the metrics are needed. When there is any degree of organizational mistrust, the list of metrics can generate fears such as, “If I don’t show good performance on these metrics, my budget will be cut or work will be taken away from my part of the organization.” In this blog post, we discuss how reframing metrics as user stories can improve their relevance and utility while mitigating fear.

In many cases, metrics programs foster an excessive formalism that misplaces emphasis on the representation of information rather than on the information itself. An emphasis on producing a top-down, deterministic specification of graphs or other depictions of data that the metrics program requires—mandated by program management—can distract participants from the potentially useful information that the metrics reveal and illuminate.

The exercise becomes, for example, “I need to populate the big Excel graph for management” rather than “I need to learn about how things are going.” After the requirement to populate the graph is met, the willingness to identify other ways of analyzing data seems to diminish, and the opportunity to look at data creatively from multiple points of view can be lost. Discussions about the required delivery of metrics can focus too much on the data required to feed to a decision maker, as if those participating in the discussion are outside of the decision process and have no real stake in it.

In reality, different attributes of the same phenomenon can have different levels of importance over time and different significance, depending on the role of the person observing them. In particular, production of metrics as a bureaucratic, box-checking exercise constrains the ability to observe these attributes from multiple points of view or even seek out different data.

Metrics programs need greater engagement and buy-in from those who participate in them. User stories can help; they put development in the context of the person who is using the system and naturally force a conversation about why?

With the advent of Agile development, one advancement in the statement of requirements was the introduction of user stories. User stories not only define what the system should do, but also define who wants a particular function and, importantly, why they want that function. This definition is usually expressed as

As a <role> I need the system to <perform some action> so that <I achieve some goal>.

The extra information, the who (role) and the why (goal), provides developers with deeper insight into the desired functionality. The analogy to metrics is clear: We can extend the definition of each metric with the person who wants the metric and their intended purpose. We suggest that metrics should be expressed as

As a <role> I need <this measurement> so that <I achieve some goal (e.g., inform a decision)>.

When cast as a user story, a metric becomes an expression of the context in which the person who is going to use the measurement system must operate and what their priorities are. A user story focused on the persona of someone who is going to consume metrics can beget many different implementations, but it naturally invites engagement of the user in the search for solutions.

Let’s consider some of the advantages of such an expression:

There is, however, one crucial difference between user stories and our metrics stories. The former represent a piece of functionality to be built, and the stories can be closed once the functionality has been developed. The latter represent an ongoing activity in the management of the program and will only be closed when it is determined that there is no longer a need for the metric. The consequences of this difference are that we do not expect metrics stories to appear in the backlog (though there may be an enabling story to implement data collection) and that metrics stories will not appear in burndown/burnup charts.

The idea of using goals to inform a metrics program is far from new. The Goal/Question/Metric (GQM) approach was documented in the mid-1980s and has been a popular approach. After appropriate planning, the first session is typically a formal brainstorming workshop in which goals for the metrics program are elicited. These goals are typically high level, but may also be seen as a constraint, as all subsequently derived questions and metrics must tie back to the original goals. In contrast, casting metrics as user stories where the goal is part of the story allows people at all levels of an organization to express their needs. Should a list of the goals of the metrics program be a necessary artifact, affinity analysis, coupled with abstraction of the individual stories, can be used to express high-level goals.

When emergent needs for metrics are encountered, it can be hard to accommodate them in a strict top-down framework that ultimately maps all questions and metrics to a goal network tracing to the highest abstractions of the organizational purpose. While logical connections to the ambitions of the division, enterprise, and market segment are legitimate, the intellectual effort to document them sometimes strains the focus of the most local decision maker to answer to a model of performance in which they play only a small part. Rather than insist on a potentially academic exercise of mapping to branch-, division-, and corporate-level goal statements, employing user stories to specify data, decisions, and the roles that need them contributes to a shorter cycle of validation and implementation for metrics.

Likewise, the challenge of motivating ownership for the work of collecting and using metrics is aided by the focus on individual personas. The needs of these personas operate within a larger framework of performance that can be understood at different levels of abstraction (in the organization, in the product architecture, and in the timeline of a given product line). The allegiance to those larger abstractions, however, is not the primary source of the argument for legitimacy of the metrics specified. One of the biggest challenges we’ve observed in practice is the view that metrics are “things we have to collect to appease someone else,” and typically that other role is in some way above or outside the sphere of control of the person collecting and reporting the metrics.

The legitimacy of the role and the decisions required to get the job done are more directly validated by the persona-based metrics specified with user stories. The eloquence of the mapping among goals, questions, and metrics should no longer be the primary basis for judging how correct the metrics are. Simply stated, the metrics must serve the decision maker at hand. Many will legitimately argue that the GQM paradigm was always intended to achieve this outcome, as the goals and questions must surely come from the same motivations reflected in personas and the decisions they make. In practice, however, when an external facilitator organizes a workshop, the top-down focus is often the primary source of legitimacy for the outcomes, and the steps followed to establish the set of metrics are often optimized from the top-down perspective.

We have worked with programs to implement the persona-based user stories for metrics that we describe in this post, and we offer here some caveats and cautions based on our experience:

The Why of a Metric

We are currently using persona-based metrics with user stories in a number of government programs, and feedback so far has been positive. One of the participants, when using this approach commented, “We so often forget the ‘why’ of a metric.” Moreover, in contrast to a typical GQM session (which can be exhausting for the participants), eliciting user stories enables meeting for short periods of time, harnessing the energy of the group, and then dispersing before fatigue sets in.

Our experience to date has been that writing metrics as user stories is an effective way to collect the metrics needs of the various members of the program offices to shape the overall metrics program. Likewise, it enhances communication among different branches of a large program, thereby promoting rapid dissemination of good ideas. Anecdotally, we had one person, when looking at the who and why of a metric that another person was consuming, say “I want that too.”

Read other SEI blog posts about measurement and analysis.

3 Metrics to Incentive the Right Behavior in Agile Development