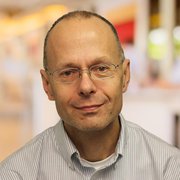 Listen to an audio recording of this blog post.

When I was a chief architect working in industry, I was repeatedly asked the same questions: What makes an architect successful? What skills does a developer need to become a successful architect? There are no easy answers to these questions. For example, in my experience, architects are most successful when their skills and capabilities match a project's specific needs. Too often, in answering the question of what skills make a successful architect, the focus is on skills such as communication and leadership. While these are important, an architect must have strong technical skills to design, model, and analyze the architecture. As this post will explain, as a software system moves through its lifecycle, each phase calls for the architect to use a different mix of skills. This post also identifies three failure patterns that I have observed working with industry and government software projects.

What is a Software Architect?

Architecture comprises the structures needed to reason about the system. Each structure, in turn, comprises elements, the relations among them, and the properties of the elements and relations.

Software architects should certainly be interested in the ideas presented in this post, but I hope to reach a broader audience. Software program managers, who often inadvertently assume that all architects are alike, and therefore interchangeable, could benefit from a greater understanding of how to better match architects to projects. Also, this perspective could benefit project stakeholders who may need to step in and take certain steps if the architects are not well matched to a given project.

The Three Roles of the Software Architect

As I detailed in the IEEE Software column What Makes an Architect Successful?, there are three roles for the software architect, and these roles change based upon where the project is in the lifecycle of the system.

Eventually, the sustainment phase concludes, a new system is commissioned, and these phases begin again. At this point, I have seen another failure pattern: Organizations sometimes mistakenly assume that an architect that has been sustaining the old system would be the best choice to design the new one. During the sustainment phase, however, a focus on the legacy environment can lead to the architect losing touch with current development practices and technologies. Consequently, this architect may not be well positioned for the challenges of the initial design phase. I have seen smart organizations recognize the value of the knowledge and experience of sustainment architects, and the organization has found ways to involve them in building the new system without making them responsible for it.

In examining the three roles of the software architect, I also identified failure patterns. As detailed in my recent IEEE Software column, failure patterns result from the mismatch of the architect's skills and the role's needs at a particular time. While two of the patterns have been touched upon above, let me briefly reintroduce them as well as the third pattern here:

Architects don't work in a vacuum. They work with organizations. While there are skills that an architect must have to be successful, there are also skills that a team working on a software project needs to achieve success. That individual architect and team also work at an organization that will need certain capabilities to use architecture as a strategic tool. While the individual architect is an important component, it is but one piece of the project.

Different system lifecycle phases require different skills from a software architect. Rare is the architect who can seamlessly transition through all three phases, and software architects, developers, and program managers must be aware of these limitations moving forward.

To listen to an audio recording of this podcast, please click here.

To view the webinar, What Makes a Successful Architect?, that I co-presented with Ipek Ozkaya, Michael Keeling, and Andrew Kotov, please click here.

This post is based on the column What Makes an Architect Successful, that I wrote for the January/February 2016 edition IEEE Software.

Send a Message to John Klein

Send a Message to John Klein

Infrastructure as Code: Moving Beyond DevOps and Agile

Six Things You Need to Know About Data Governance