Backing From the Cliff's Edge: Minimizing Risk With DevOps 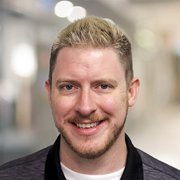 DevOps practices can increase the validity of software tests and decrease risk in deploying software changes to production environments. Anytime a software change is deployed to production, there is a risk that the change will break and lead to a service outage. This risk is minimized through rigorous testing of the software in a separate test environment where the change can be safely vetted without affecting normal business operations. Problems can arise, however, when these isolated test environments do not properly mimic the production environment. Sometimes a test environment will have different operating system patches installed, different software dependencies installed, different firewall rules, or even different data in its database. These differences open the door to risk because even if the software change passes testing in the test environment, there is a chance of failure in production because it was never before tested in that context. In this blog post, I explore how the DevOps practices of infrastructure as code and automated test execution through continuous integration increase the effectiveness of software testing, allowing us to create test environments that more closely match production.

Infrastructure as Code to the Rescue

Infrastructure as code (IaC) tools such as Vagrant, Otto, Chef, and Puppet automate server provisioning, allowing software development and operations teams to collaborate on scripts that provision servers. The effect is three-fold:

Government and industry regulations such as the Sarbanes-Oxley Act (SOX) of 2002 and the Health Insurance Portability and Accountability Act (HIPAA) of 1996 may restrict developers and quality assurance engineers from accessing production data. Restrictions like these could prevent teams from replicating a production database to a test environment, making it impossible to test software changes against this data outside of production. Luckily, there is a DevOps practice that can relieve teams from this restriction.

With automated testing, organizations can test software on restricted data without disclosing the data to the developers or quality assurance engineers. A continuous integration (CI) system typically serves as the platform from which automated tests are executed. The results of these tests can then be transmitted to the developers through a variety means such as emails, chat bots, or web-based dashboards. A possible workflow would work as follows: 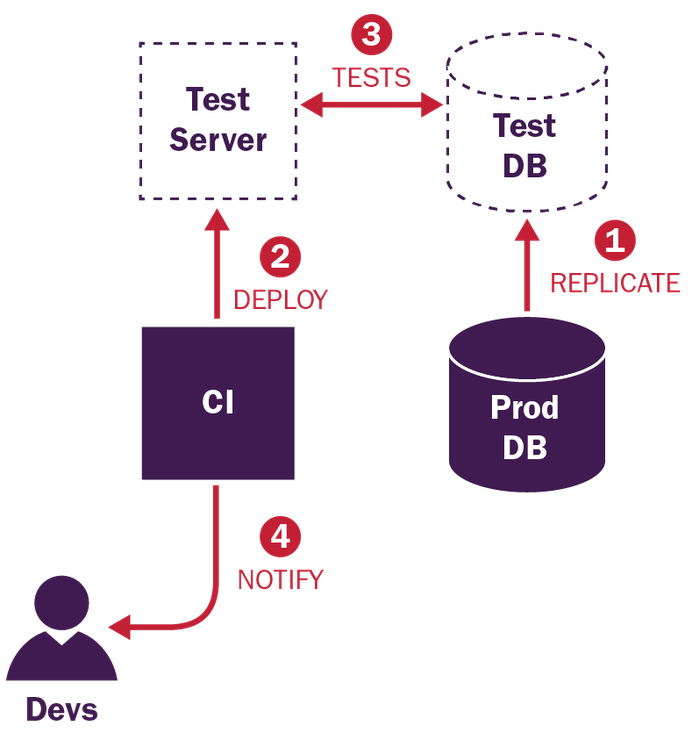 This figure illustrates the steps taken to conduct automated testing against a replica of a production database without allowing developers access to production data.

The DevOps practices of IaC and automated test execution through CI increase the effectiveness of software testing and allow testing against environments that more closely match production.

I welcome your feedback and questions in the comments section below.

View the webinar What DevOps is Not! with Hasan Yasar and C. Aaron Cois.

Read all of the blog posts in our DevOps series.

Send a Message to Aaron Volkmann

Send a Message to Aaron Volkmann

Integrating Your Development and Application Security Pipelines Through DevOps

Developing with Otto: A First Look