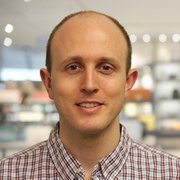 Software increasingly serves core DoD functions, such as ship and plane navigation, supply logistics, and real-time situational awareness. The complexity of software, however, makes it hard to evaluate software quality. The ability to evaluate software is critical both for software developers and for DoD program managers who are responsible for software acquisitions.

The quality of software can make or break a program budget. Quality attributes such as reliability, security, and modifiability are just as important as making sure the software computes the right answer. Any major design approach chosen by the developer will have quality attribute properties associated with it. Client-server is good for scalability, layering is good for portability, services are good for interoperability.

Our recent survey of more than 1,800 software developers had many responses similar to this one by a senior developer:

We have a model-view-controller (MVC) framework. Over time we violated the simple rules of this framework and had to retrofit later many functionality [sic] with a lot of added cost.

The MVC framework referenced in the above example is a design pattern, or a conceptual guideline for developing source code to promote flexibility, reliability, and security. There are many design patterns. Prominent patterns include pipe-filter, publish-subscribe, ping-echo, transaction processing.

One reason why design patterns might be violated over time is that developers do not have adequate tools to detect and reason about proper pattern implementation. Suboptimal software-implementation choices that contradict intended design patterns are often referred to as anti-patterns. These design flaws make the code hard to understand, modify, maintain, and evolve. They also tend to harm software quality and increase long-term maintenance and development costs. Thus, the ability to recognize design patterns and their anti-patterns in source code is necessary for any comprehensive evaluation of software quality.

Unfortunately, manual evaluation of design-pattern implementation is costly, particularly on the scale of the billions of lines of source code underlying DoD software. A manual evaluation involves highly-skilled software architects laboriously examining source code line-by-line, paying attention both to the content of each line and all relevant connections to other lines scattered throughout the repository.

Software Quality Evaluation Is Costly, But Machine Learning May be Able to Help

The high cost of design-pattern detection motivated us to apply code analysis and machine learning to automatically detect design patterns. As of October 2019, we have attempted to automatically label source-code files of the Spring MVC framework for Java source code. The MVC design pattern divides an interactive application into three interconnected elements:

The Spring MVC framework divides Java classes (or files, as there is ordinarily one class per file) into these disjoint groups and further decomposes the model, as shown in Figure 1.

Figure 1: The Spring MVC framework requires each Java file to belong to one of several disjoint functional groups with a rigid set of expectations about intergroup relationships. Image source: Aniche et al (2017).

MVC is a relevant pattern for industry and DoD software capabilities in enterprise IT and operations centers that provide intelligence to the battlefield. It is widely used and understood, and is representative of the kinds of structures used to develop systems at scale. It is also too complex to handle in a large-scale software project using simple tools.

We built a classifier that estimates the MVC group label (with six possible values) for each file in a Java source-code repository. Applicable MVC group labels are controller and repository, entity, service, and component that compose the model (the view element of the MVC pattern is out of scope of the code we examined). All other files are labeled other. Figure 2 shows the hold-out test performance of our classifier. 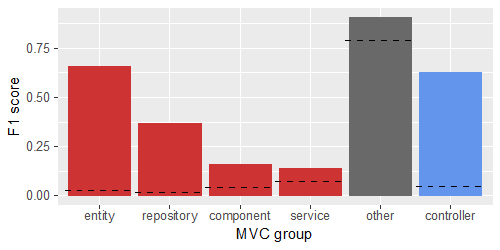 Figure 2: The F1 score is the harmonic mean between precision and recall; the best possible value of this score is 1. The horizonal dashed line on each bar indicates the F1 score that corresponds to random guessing. The four red bars are subcategories of the "Model" group and the grey bar represents all other files not related to MVC.

The classifier uses machine learning informed by programming-language semantics. Feature engineering incorporates different source-code representations providing multiple input signals for learning to detect MVC groups based on textual, behavioral, and structural semantics. The MVC groups exhibit a range of different characteristics. A developer looking at the code for a controller would notice that it's more coupled than the average as it responds to user input and manages the flow between the model and view. However, the code for a component may not look as different from the others as it provides utility classes to the rest of the model. Reviewing the performance results with respect to these characteristics provides an opportunity to evaluate the machine-learning model to guide further improvements.

The classifier presented here is not accurate enough to put into production for design-pattern detection, but it demonstrates that machine learning can detect design patterns to some significant degree in support of the goal to reduce the cost of software quality evaluation. Future improvements in feature engineering will lead to far greater accuracy. Ultimately, a highly accurate and trusted MVC classifier could indicate MVC design-pattern nonconformance by spreading its prediction probability weight over two or more MVC groups, hinting that the file needs to be reorganized or split apart to cleanly conform with a single group in the MVC framework.

Details of Classifier Methods and Results

We describe here our methods and results, including partial details on

Raw data: We reused 104 projects from the collection of open-source Java projects that Aniche and his colleagues previously labeled and analyzed at the file level with MVC group labels. Our projects in total contain about 54,000 files.

We split the data at the project level into a training set (71 projects) and a testing set (33 projects). Splitting at the project level (as opposed to randomly splitting among all 54,000 files) supports a rigorous evaluation of the classifier's accuracy by preventing the classifier from leveraging project-specific idiosyncrasies at test time. In particular, the performance metrics we report are plausibly representative of the performance on a never-before-seen Java repository following the Spring MVC framework. 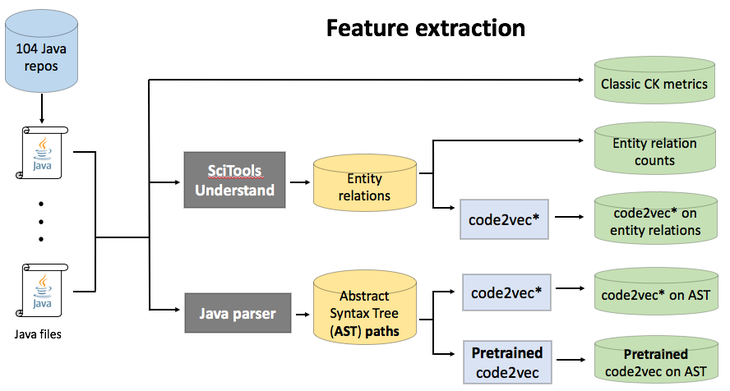 Figure 3: We used a variety of methods to produce five groups of numeric features that could contain information about the design patterns of each file.

Classifier: We trained several different instances of a gradient-boosting machine (specifically LightGBM) to estimate the MVC group label for each file. First we created five separate classifiers by training each one exclusively on one of the five feature sets introduced above. We then created a final "all features" classifier. Figure 4 reports the average performance, over the six MVC groups, with equal weighting, of each of these classifiers in terms of several popular metrics. Our main metric is the area under the precision-recall curve (AUPRC) because it (a) incorporates both precision and recall and (b) is insensitive to global miscalibration (unlike the F1 score), measuring the ability of the classifier to rank-order its probabilistic predictions of files belonging to an MVC group.

Figure 4: Average performance of each feature set in terms. The horizonal dashed line on each group indicates the baseline score for random guessing.

The performance results shown in Figure 4 are encouraging. The all-features model performs the best both in terms of the F1 and AUPRC metrics presumably because it has access to the most predictive features. Among the feature sets, the features based on entity-relation triples understandably do the best because these features capture MVC-style relationships between classes. The AST-based features do less well probably because we extracted AST features only within each file. We suspect that future work to extract features on a more global AST-like graph representation of the code over the entire repository will produce far more informative features with respect to the MVC design.

The work we presented above is not the first to automate the analysis of design patterns in source code. We were inspired by several threads of related work in the literature of machine learning for source code.

Aligning the design of a system with its implementation improves product quality and simplifies product evolution. As abstraction in the form of design patterns increases, so does the challenge in detecting and analyzing the correct use of them. Bridging the abstraction gap is an important challenge to support automation that also requires bridging representations in design and code analysis and machine learning.

Our long-term vision is to create classifiers for not just one but many different types of design patterns. Ultimately, these classifiers would become the back end in a low-cost design-pattern conformance tool to (a) enable program managers to evaluate whether the implementation that is delivered matches the design that they contracted for in acquisitions of large-scale systems and (b) help guide software developers to engineer better source code during continuous integration and delivery, minimizing the accumulation of technical debt.

Read the SEI blog post, The Vectors of Code: On Machine Learning for Software by Zachary Kurtz.

Send a Message to Zachary Kurtz

Send a Message to Zachary Kurtz

The Vectors of Code: On Machine Learning for Software

Translating Between Statistics and Machine Learning