Principles of Big Data Systems: You Can't Manage What You Don't Monitor 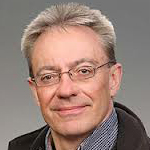 The term big data is a subject of much hype in both government and business today. Big data is variously the cause of all existing system problems and, simultaneously, the savior that will lead us to the innovative solutions and business insights of tomorrow. All this hype fuels predictions such as the one from IDC that the market for big data will reach $16.1 billion in 2014, growing six times faster than the overall information technology market, despite the fact that the "benefits of big data are not always clear today," according to IDC. From a software-engineering perspective, however, the challenges of big data are very clear, since they are driven by ever-increasing system scale and complexity. This blog post, a continuation of my last post on the four principles of building big data systems, describes how we must address one of these challenges, namely, you can't manage what you don't monitor.

The Challenges of Scale

While debate rages over the precise characteristics of a big data system, from a software-engineering perspective, the major characteristics are well understood. These characteristics revolve around the scale of applications and the inherent complexity that emerges as applications grow to manage and analyze ever-growing amounts of data. As I've written in earlier blog posts, the requirements of scalability mandate that we adopt new design and engineering approaches because many existing tenets of software engineering simply don't hold at scale.

A fundamental characteristic of big data systems is that there will be an increasing number of software and hardware failures as the scale of an application increases. Component failure, in fact, must be seen as the norm, and applications must be designed to be resilient to failures and diligently handle them to ensure continued operations. Note that software failures induced by scale may occur in application components or in third-party components integrated into the system, both open-source and commercial.

A second characteristic is that, as scale increases, so does complexity. There are more component interactions, increasingly unpredictable request loads on data collections, and increased competition for shared resources, including central processing units (CPUs) on multicore nodes, memory, cluster interconnects, and disks. This inherent complexity and non-deterministic behavior makes diagnosing aberrant behavior an immense challenge. If performance suddenly becomes a problem for particular transactions, it can be immensely time-consuming and challenging to diagnose, whether the cause lies in the transaction implementation itself or is a result of unexpected interactions with other components.

A third characteristic of big data systems is that scale makes thorough testing of big data applications before deployment both impractical and infeasible. For example, if your application will store and analyze one petabyte of data, it is probably impractical to create a test environment and test data at this scale. Moreover, even if you could test at deployment scale, as soon as your data grows, your code is operating beyond its tested tolerances. In reality, the only way to discover if your new components operate correctly is to deploy them on the production system and use techniques such as canary testing to validate their behavior.

Finally, it's important to see these challenges of failure handling, complexity, and testing in the context of contemporary big data system deployments. The scale of companies like Netflix, which uses Cassandra to manage data on 750 nodes as part of its cloud-based software infrastructure, are well documented examples that herald the future for many large government and business organizations.

Even today, there are many conventional government and business systems that require massive resources to satisfy their requirements. Here are some examples from the healthcare domain. The United Kingdom's National Health Service (NHS) Spine2 system is being initially deployed on hundreds of processors running on dozens of Linux-based commodity servers located across multiple data centers. Spine2's database contains clinical records for each of the 70 million NHS patients, and this data is requested and amended more than 2.6 billion times a year. Spine2 also connects and services more than 21,000 organizations and links over 27,000 software systems within these organizations. Ease of scalability to support information growth and high availability to support clinical care are key drivers behind the design of Spine2. Similar systems have been built to support the Danish medical records system, and, in the United States, the Military Health System stores several petabytes of patient and clinical data and integrates with a large number of external health providers.

The term observability defines a collection of capabilities that make it possible to monitor, analyze, and proactively and reactively respond to events that occur at runtime in a big data system. As big data systems scale, it must be possible to observe and reason about changes in behavior so the system can be operated and evolved reliably. The adage "you can't manage what you don't monitor" is especially true for complex, distributed systems that have an overwhelming number of moving parts, both hardware and software, that interact with each other in many subtle and unanticipated ways.

Here's a simplified example of the problems that can arise in big data systems. Two separately developed, completely independent business transactions were providing the expected response times in operations across a horizontally partitioned database. Suddenly, one transaction slowed down, intermittently, making it occasionally non-responsive to user needs. Extensive investigations over several days, including detailed logging in production and attempts to recreate the situation in test, eventually led to identifying the root cause. Essentially, periodic and brief request spikes for one of the transactions were overloading a small number of database nodes. During these overload conditions, when the other transaction was invoked, it attempted to read data using a secondary index that is distributed across all nodes. These secondary index reads from the overloaded nodes were taking tens of seconds to respond, leading to unacceptable latencies for those transactions.

How could an observability framework have helped discover the root cause of this problem more quickly? If the developers could have analyzed performance data to visualize transaction volumes for the first transaction against latencies for the second, it would have been immediately obvious that there was a correlation. This visualization would have highlighted the areas of the code that should be investigated as the root cause of the high transaction latencies stemmed from this subtle interaction .

By necessity, internet companies operating at immense scales have built their own observability solutions. These solutions are extensive and powerful and have been built at considerable cost specifically for each operational environment. In recent discussions, we discovered teams building and evolving observability solutions comprising 10 to 20 people in large internet organizations. The resources used by these solutions, both at runtime and in terms of storage, ranged from 3 percent to 18 percent of the total system resources and in one case monitored approximately 500 million separate metrics per minute. When systems execute on thousands of nodes with petabytes of data, a lot of resources must be dedicated to observability, which is a testament to the necessity of this capability. An example description of Twitter's solution in this area can be found here. Likewise a description from Netflix on its efforts to design and build its next generation of innovative insight tools for operational visibility is available here.

The figure below represents an abstraction of the common components of an observability solution, organized as a layered architecture. We describe key capabilities required and inherent design trade-offs for each layer in the following:

Distributed system monitoring tools have existed for many years. Commercial tools, such as AppDynamics, are comprehensive products. However, like their commercial counterparts in the database arena, license costs can become an issue as systems scale across hundreds and thousands of servers. Open source equivalents such as Nagios and Ganglia are also widely used, and a useful comparison of technologies in this space can be found here. Adopting these technologies and tailoring them to highly heterogeneous execution environments to observe application-relevant measures, as well as making them operate at the scale required by the next generation of big data applications, will represent a major challenge for any development organization.

At the SEI, we are researching the creation of highly configurable, scalable, and extensible observability solutions. In this context, being configurable requires tools that would allow a development team to rapidly configure the data collection requirements and trade-off analytic fidelity against resource usage, both for data collection and storage. Being scalable requires a lightweight core framework that is engineered from the ground up to ensure extreme scalability. Finally, being extensible demands rapid modifications are possible to interact with new application endpoints (e.g., databases and middleware) that are introduced during system evolution. Our aim is an observability framework that can be adopted in a cost-effective manner and rapidly customized by a wide range of organizations to help attain high levels of assurance and reliability.

To listen to the podcast, An Approach to Managing the Software Engineering Challenges of Big Data with Ian Gorton and John Klein, please visit
http://www.sei.cmu.edu/podcasts/podcast_episode.cfm?episodeid=294249&wtPodcast=AnApproachtoManagingtheSoftwareEngineeringChallengesofBigD

Send a Message to Ian Gorton

Send a Message to Ian Gorton

The Importance of Software Architecture in Big Data Systems