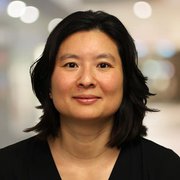 In the fast-moving world of Agile and DevSecOps, neglecting fundamental maintenance activities will likely hinder delivery of value in the long run. Although the cost of system maintenance represents a large proportion of the budget of most organizations that use software systems, insufficient maintenance may lead to various problems, including

Insufficient maintenance can cause a software system’s code and its underlying design to decay over time. This decay can make system maintenance cumbersome or render a system that cannot adapt to new business needs. Fortunately, there are proven approaches to identify and understand design problems and improve software performance. Just as even the most reliable car needs a routine oil change and tune-up to keep running efficiently, software development processes, design, and architecture should be routinely revisited and optimized to remain effective.

What Is a Design Problem?

A design problem results from one or more inappropriate design decisions that negatively impact quality attributes. The development and maintenance of software systems require developers to pay special attention to non-functional requirements such as maintainability, extensibility, availability, and performance. Design decisions affect each non-functional requirement in a positive or negative manner. Moreover, the existence of design problems may necessitate re-engineering or discontinuing the system.

Files in the same layer are decoupled into a set of modules that are mutually independent from each other. Thus, changes, addition, even replacement to a module will not influence other modules within the same layer. Accordingly, independent modules in the bottom layer of a design rule hierarchy are most valuable, because changes to these modules will not affect the rest of the system.

Identifying design problems can be a complex task. For example, design documentation is often unavailable or outdated. Developers are then forced to analyze several elements in the source code to identify each design problem. Moreover, a single design problem may manifest itself as multiple symptoms scattered throughout several elements of the program. As a first step, I suggest understanding the relationships and dependencies in the program using a top-down approach.

Relationships cause dependencies, and overly complex dependencies result in software that is more prone to failure. Clustering methods can be used to evaluate the modularization of a particular system.

Figure 1 is an example of a design structure matrix for a maze game. Elements in the system are labeled on the vertical and horizontal edges. Each cell marked with “x” represents a pairwise dependency relation.

Similar to the design structure matrix, a design rule hierarchy diagram provides a quick overview of the relationships between different elements of a system. It also captures the hierarchy of dependencies by setting the elements into specific visual layers. By using such visualizations, we can begin to understand the relationships and dependencies present in our software.

Architecture antipatterns focus on design problems in the internal structure and behavior of systems. They capture the causes and characteristics of poor design from a systemwide viewpoint. Architectural antipatterns can negatively affect any system quality, while architectural smells (which we will discuss next) affect only lifecycle properties.

The following are six key architecture antipatterns to pay attention to, as excerpted from Architecture Anti-Patterns: Automatically Detectable Violations of Design Principles:

Architecture smells are design problems that negatively impact system lifecycle properties, such as understandability, testability, extensibility, and reusability. Architecture smells are combinations of architectural constructs that reduce system maintainability. They may slow down the speed of software development and increase the risk of bugs in the future. Below, we highlight potentially problematic architectural smells grouped around four main categories, as excerpted from Relating Architectural Decay and Sustainability of Software Systems:

Four different architecture smells can be detected based on a component’s set of interfaces:

Two architecture smells reflect the reality that many parts of a code base must be updated simultaneously:

Two additional architecture smells are semantics-based smells that are defined and detected by using language-processing techniques, such as topic modeling:

Two final architecture smells are detected by checking how a system’s components are connected and allowed to interact:

The term code smells was first introduced in 1999. A code smell refers to code structures that intuitively appear as bad solutions and indicate possibilities for code improvements. For most code smells, there are known refactoring solutions that result in higher quality software.

In Toward a Catalogue of Architectural Bad Smells, Garcia and colleagues explain:

Code smells can generally be grouped into four different categories:

It seems fitting that code smells most strongly disruptive to the program architecture are the same as (or related to) the code smells that introduce the greatest inefficiencies at the program-execution level. This relationship points to the strong correlation between performance efficiency and good design. The god aspect and god class code smells refer to the concept of god object, which is an object that knows too much or does too much. Long method code smell is a method function or procedure that has grown too large. Composite bloat refers to the combination of various code, methods, and classes that have increased to such large proportions that they are hard to work with, which usually accumulates over time as the program evolves (and especially when nobody makes an effort to eradicate bloat). Finally, duplicated code occurs when the same code structure appears in more than one place, a gentle reminder that “As a fundamental rule of thumb, it is always better to have a unified code.”

Optimizing for Performance in the Age of DevSecOps

With CIOs reporting that 57 percent of technology budgets are allocated to business operations (i.e., day-to-day use and maintenance of business applications), it is important to ensure that those business applications are optimized for performance. In the fast-moving world of Agile and DevSecOps, it is especially important to plan for these routine maintenance activities to ensure the overall quality and longevity of your software. It is even better if software maintenance is on a timely schedule and of a preventative nature rather than corrective. Given the reality of time and resource constraints, achieving this goal can be a big effort. But just don’t wait until your software is screaming “Service due!”

Learn more about the SEI’s work in DevSecOps.

Improving the Design of Existing Code by Martin Fowler.

Send a Message to Judy Hwang

Send a Message to Judy Hwang