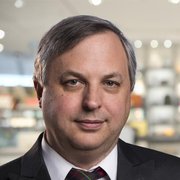 This is the second installment in a series on the SEI's technical strategic plan.

Department of Defense (DoD) systems are becoming increasingly software reliant, at a time when concerns about cybersecurity are at an all-time high. Consequently, the DoD, and the government more broadly, is expending significantly more time, effort, and money in creating, securing, and maintaining software-reliant systems and networks. Our first post in this series provided an overview of the SEI's five-year technical strategic plan, which aims to equip the government with the best combination of thinking, technology, and methods to address its software and cybersecurity challenges. This blog post, the second in the series, looks at ongoing and new research we are undertaking to address key cybersecurity, software engineering and related acquisition issues faced by the government and DoD.

Cyberspace: a domain built of software

The DoD considers cyberspace to be a "domain"--a place where operations originate, terminate, or pass through. Cyberspace is a domain built of software, a form of building material with incredible flexibility and power, but with considerable complexity and potential risk. Providing for national security (the primary DoD mission) is strongly linked to providing security and safety in cyberspace and consequently requires a mastery of software.

The DoD depends on software in many ways--from IT systems to military platforms. Moroever, the dependence grows larger over time, as suggested in the reported exponential growth in the number of lines of software code produced every decade. There are good reasons for this growth: software is uniquely unbounded and flexible; it can be delivered and upgraded electronically and remotely; and it can be rapidly adapted to changing threats. Likewise, there is a large and well-funded commercial industry devoted to the promulgation of software. To assure its operation for government purposes requires the ability to analyze and craft software to have certain required properties (such as security, safety, and maintainability) irrespective of its origin, as well as the ability to observe its behavior when executed. In a global technology marketplace, the ability to comprehend software and its relationship to national security, weapon systems, and cyberspace has a broad and deep significance for the DoD and its supply chain.

Along with the rapid growth in the role of software in DoD systems, there has been a rapid and continuing evolution of the technology and practices associated with software, networks, and cyber operations. It is mistaken--and even dangerous--to think that software technology is somehow approaching a plateau in role, capability, and safety. In fact, recent developments in technology and practice show a pattern of continued growth, including

Carnegie Mellon University's Software Engineering Institute (SEI) brings together cybersecurity, software, and program management expertise, coupled with its university affiliation and industry access, to address the challenges facing the DoD, broader government, and industry. The SEI is the only one of 43 federally funded research and development centers that specifically focuses on software engineering and cybersecurity. Our technical strategic plan focuses on performing applied research and transitioning the work of ourselves and others to tackle high priority, challenging problems.

The SEI assures that our research aligns with stated DoD priorities, such as those described in recent DoD initiatives:

The remainder of this post highlights several of SEI's current research projects in various areas that are central to our strategic plan.

The DoD often finds that new capabilities take too long to reach the warfighter. Delays in verification/certification and recertification constitute one of the biggest roadblocks. Source code analysis and refactoring have proved to be of limited value due to lack of abstraction and time-sensitivity of embedded software.

In response to this challenge, researchers in the SEI's Software Solutions Division (SSD) are identifying design abstractions that reduce testing complexity. This research effort, Effective Reduction of Avoidable Complexity in Embedded Software (ERACES), will deliver a tool that applies data and architectural abstractions to existing models and support engineers to identify and reduce software complexity with

The DoD faces the challenges of securing deployed systems against malware and responding quickly enough when a security intrusion has been detected. Substantial, expensive effort from malware reverse engineers is required to understand and classify new malware samples, but the volume of unlabeled samples is growing exponentially. Researchers in the SEI's CERT Division are developing a security decision solution that combines machine learning with human expertise. This solution will have impact in the malware domain, as well as other security areas such as incident response.

A security decision system using only human experts cannot scale and is vulnerable to human errors and inattention. Pure machine learning systems cannot perform well in changing adversarial environments without continuing supervision. The need for bi-directional communication between the components is critical. Just as the algorithm learns from the human, the human will learn from the algorithm.

Our work in this area can spur security professionals and system designers to think about, evaluate, trust, and learn from the human components of their systems. This work will continue to advance clearer, more objective, evaluation of both the division of labor and the collaboration channels between automation and human components.

The SEI is helping the DoD take full advantage of new hardware and software technologies, such as high-performance systems with graphics processing units (GPUs). These heterogeneous high-performance computing (HHPC) systems, which often contain thousands of GPUs, support the high-level computations needed by the DoD, such as

At issue are graph algorithms used in analyzing extremely large data sets that do not fully, at present, exploit processing capabilities available on these current and future architectures. Graph applications need to be able to partition the graph more effectively among the various processing units in a way that limits duplicated effort and communication bottlenecks for algorithms performed on the graph.

This effort will, most importantly, help HHPC systems perform high-level computations needed by the DoD on larger graphs. A software library will help developers who previously did not have access to libraries, frameworks, and patterns developed for large-memory, many-core, heterogeneous computing environments take full advantage of the capabilities offered by GPUs.

Our goal is to provide human analysts the information required to make design-level similarity decisions using an automated tool. Such a tool will dramatically reduce the number of hours of manual reverse engineering required to gather data for such comparisons. Using ROSE, we develop a type recovery system to automatically recover the prototype declarations of malware functions, and a design pattern matching system to look for patterns in malware. We will use these capabilities to support ongoing work in the similarity and evolution of malware families.

The SEI brings the best combination of thinking, technology, and methods to the most deserving government software-related problem sets, free from conflict-of-interest. As part of CMU, the SEI has access to facilities and research talent including professors, students, and staff members. Our FFRDC status and DoD affiliation grants our technologists access to government data and knowledge of national challenges unusual for most university R&D labs.

Future posts in this series will highlight other current and forthcoming activities in each of our technical areas that are helping to support the DoD and other federal agencies. We welcome your feedback on the technical strategic plan and vision for the SEI.

Please leave feedback in the comments section below.

Send a Message to Kevin Fall

Send a Message to Kevin Fall

A Five-Year Technical Strategic Plan for the SEI

A New CTO and Technical Strategy for the SEI