The Frequency and Impact of Insider Collusion

Collusion among malicious insiders can produce a larger attack surface in terms of access to organizational assets. In theory, multiple actors could perform reconnaissance from within the "need-to-know" aspect of their job responsibilities to commit fraud or theft of intellectual property. Consequently, these malicious actors could then evade detection, presenting a real threat to an organization. In this blog post, I explore the concept of collusion among malicious insiders.

For the purposes of this analysis, collusion refers to incidents in which insiders work together to commit an attack against an organization as opposed to using social engineering to manipulate other employees (i.e., an employee did not intentionally or consciously realize that they were manipulated by another insider as part of an attack). 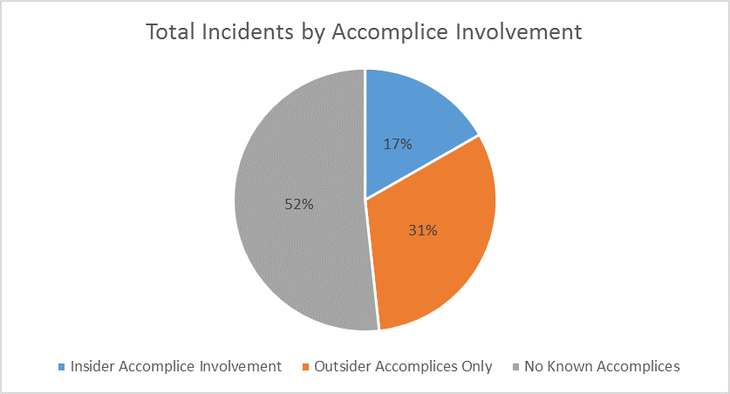 Therefore, on average, an incident that involves collusion will have a duration that is nearly four times as long as one that is committed solely by a single insider. The following chart displays the average duration in days of incidents without and with insider accomplices as related to financial impact. 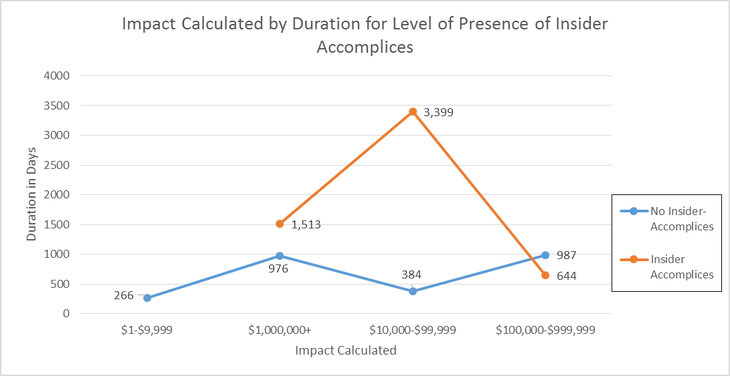 One insider collusion incident involved a group of three insiders (an insider-leader with two accomplices) who were able to embezzle millions of dollars in taxpayer dollars from a local government over the course of a decade. In at least twelve other incidents, insider collusion resulted in the creation of identity documents to benefit criminal enterprises and, in some incidents, illegal aliens.

Looking into malicious insider collusion incidents on the whole, trends emerge as to the financial impact they have on organizations.

Note: Some incidents with impacts of $1 million or greater involved no known accomplices of any kind.

Note the differences in the following chart, which shows the incidents with a financial impact of $1 million or greater by accomplice type. 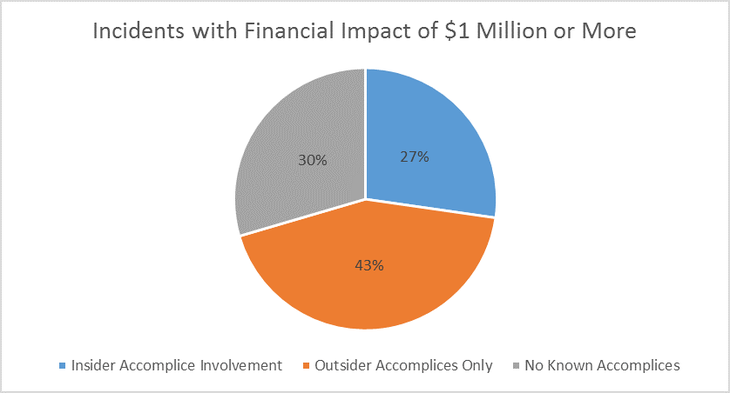 With an ever-evolving threat landscape, organizations may want to consider the intersection of technical methods and social interaction when developing insider threat programs.