Inference of Memory Bounds: Preventing the Next Heartbleed

Invalid memory accesses are one of the most prevalent and serious of software vulnerabilities. Leakage of sensitive information caused by out-of-bounds reads is a relatively new problem that most recently took the form of the Open SSL HeartBleed vulnerability. In this blog post, I will describe research aimed at detecting the intended bounds of memory that given pointers should be able to access.

The work Will Snavely, Cory Cohen, and I have undertaken on this project aims to develop an algorithm that automatically infers the bounds of memory regions intended to be accessible via specific pointer variables and repair certain memory-related defects in software. The results of this work will help the Department of Defense (DoD) improve software assurance of existing code at a fraction of the cost of manual inspection and repair. Specifically, our work focuses on detecting the intended bounds of memory that given pointers should be able to access.

In addition to traditional buffer overflows, we will tackle leakage of sensitive information caused by out-of-bounds reads, which are a relatively newer problem that is unaffected by mitigations such as address-space layout randomization (ASLR) and data execution prevention (DEP).

According to Common Weakness Enumeration, a community-developed list of software weakness types, an out-of-bounds read occurs when

The software reads data past the end, or before the beginning, of the intended buffer.... This typically occurs when the pointer or its index is incremented or decremented to a position beyond the bounds of the buffer or when pointer arithmetic results in a position outside of the valid memory location to name a few.

In general, reads should be bounded to the valid portion of the buffer for a reusable buffer with stale data. The problem of out-of-bounds reads affects even memory-safe languages, such as Java. For example, the Jetty web server (written in Java) had a vulnerability (nicknamed "JetLeak") that could leak passwords, authentication tokens, and any other data contained in an HTTP request (CVE-2015-2080). Figure 1 illustrates this type of situation. After processing an initial request, the buffer is tainted with sensitive data from this request. Then, supposing the server processes a second, smaller request, the upper bound for reading from the buffer should be the last written location (i.e., the location that was most recently written to), which corresponds to the end of the second request.

Figure 1: Leakage of sensitive information in a re-used buffer

Generalizing from the above example, we say that an array is a qualifying array if every write to the array is at either index 0 or at the successor of the last written position (LWP). As a heuristic, our assumption is that the valid portion of the array continues from the start of the array up to and including the LWP, and that any read beyond the LWP is an invalid read. This raises the following question: "How often do qualifying arrays occur in real-world programs?" To establish the ground truth, we have designed a dynamic analysis that

A finite-state machine representing this analysis is shown in Figure 2. We have implemented a few versions of this analysis:

1) a version for C/C++ using SAFECode 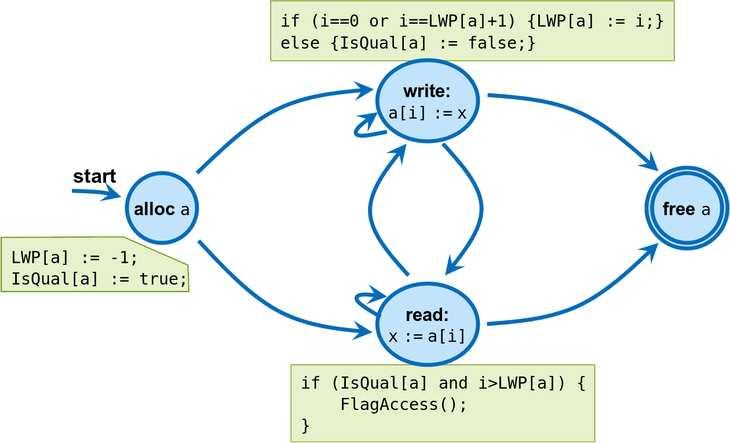 Figure 2: Representation as a finite-state machine

Our dynamic analysis can also be used for runtime bounds enforcement by terminating the program upon a flagged read. We have used this technique to dynamically patch a vulnerable version of Jetty. As shown in Figure 3, when an attacker sends a specially crafted malformed request, Jetty builds an error message to return to the attacker. But there is a bug in the Jetty error-handling code that causes sensitive data from a previous request (from a different client) to be returned to the attacker. As shown in Figure 4, our dynamic patch intercepts the invalid read and terminates Jetty, so that the attacker receives no response. 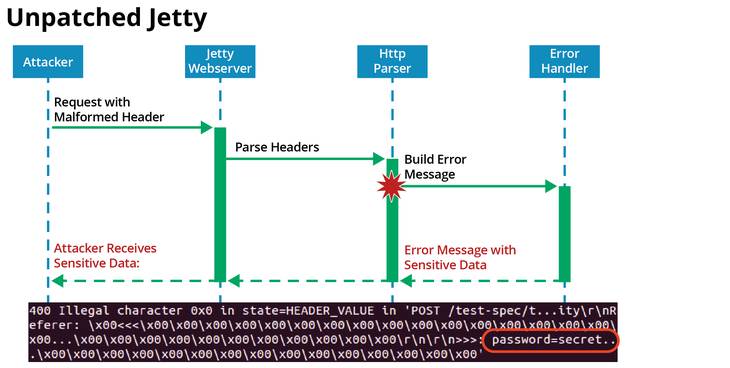 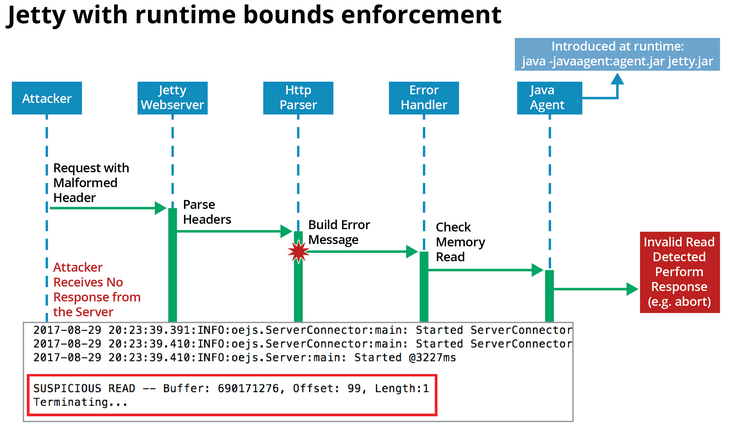 For runtime enforcement, we repair the program to insert bounds checks, unless we determine via static analysis that the check is always satisfied.

The bounds-checking code can either soft-fail (just log an error message) or hard-fail (abort execution). If bounds checks are not manually verified, an organization would be encouraged to first use soft-fail in production and then, if no failures are logged, to switch to hard-fail.

Invalid memory accesses are one of the most prevalent and serious software vulnerabilities. Our work to address memory safety is part of our larger body of work on automated code repair. Our ultimate goal is to enable cost-effective remediation of defects in large DoD codebases.

This work is the first part of a four-year project on automated repair to enable a proof of memory safety. We welcome your feedback on this work in the comments section below.

Read the SEI Blog Post that I co-authored with Will Snavely on Automated Code Repair in the C Programming Language.