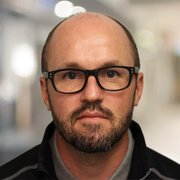 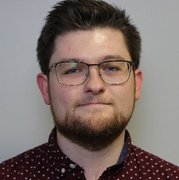 Since 2010, researchers in the SEI CERT Division have emphasized the crucial need for realism within cyberteam training and exercise events. Our approach to the construction and execution of these events has led to publication of a design framework for cyberwarfare exercises that we call Realistic - Environment, Adversary, Communications, Tactics, and Roles (R-EACTR), which provides guidance on how to produce realistic training and exercise events.

In this blog post, we describe efforts underway to improve the realism of non-player characters (NPCs) in training exercises with new software we have created called ANIMATOR. The ability of ANIMATOR to increase the realism of NPCs will be relevant and useful to anyone who is tasked with developing training for cyberteams. Moreover, as we describe below, the generation of highly realistic non-player characters could also be beneficially applied for use in machine-learning algorithms, honeypot payloads, insider-threat modeling, and social-network and relationship modeling.

Unrealistic scenarios that do not match real-world operations are unengaging for participants. To construct a comprehensive and optimally beneficial exercise, we want participants to work in an environment that resembles situations they will encounter in the real world. Realism extends beyond network topology to include other areas, such as scenarios, workflows, and behaviors. Building this experience requires replicating many things for the purposes of training and exercise—networks, workstations, organizations, groups, users, events, intelligence, reports, etc.

For many of these things, we have proper DevOps processes in place to create the necessary artifacts, documents, and otherwise that we need for any sized engagement. This automation spans the construction of the range network itself to routers, switches, servers, workstations, and other machines. It also includes components of the scenario that participants will operate or interact with, such as the road to war, intel specific to scenario-threat types, and the NPCs that have a role to play within the exercise.

One existing platform that we use often is CERT GHOSTS, which is an NPC simulation-and-orchestration platform for realistic network behavior and resulting traffic. We use this software to bring users to life on a computer network and have them perform the activities that our cybersecurity-professional participants see in their work networks. In practice, however, we have always been a bit disappointed in the tools available to generate the personas of these NPCs from names, addresses, email addresses, and other datapoints. The results never feel quite real enough, and often what is generated for one datapoint does not correspond in any way to another already-generated one where the two certainly weigh on one another. For example, we started to ask questions such as

To better address the questions we found ourselves asking, we set out to build our own software that generates more realistic NPC data for use in simulation, training, and exercises—ANIMATOR. One of our early ideas was to add robust support for military personnel with regard to rank, units, billets, and military occupation specialty (MOS) code. Another idea was to factor in education, career, and events history that would enable the detailed analysis of insider-threat potential. Moreover, we added types of accounts and security measures (such as PGP keys and certificates) that we might use during an exercise.

For each datapoint that ANIMATOR generates, we tried to follow some public reference for matching the output of the engine to how one would find percentage breakdowns of this metric in the real world. For example, if we generate an individual at random within the U.S. military branch, how do we determine the branch in which they are likely to be a member? Here we follow guidance from the Department of Defense directly. Each NPC has more than 25 categories of associated details and more than 100 pieces of metadata defining who they are. Each piece of information is generated using sourced datasets to distribute characteristics realistically.

The data generated by ANIMATOR can be leveraged in many ways, but is particularly applicable in four key areas:

From a technical perspective, we layered our approach in hopes that others could choose the use case that suited their own projects best. ANIMATOR provides a C# dotnetcore common library for other projects to leverage its generation capabilities. Moreover, individual NPCs can be connected to others and to a larger group-of-groups NPC chain via an API that is distributed as a buildable web application or directly as a Docker container.

For example, for a request to create a new NPC, ANIMATOR does the following:

We continue to work on ANIMATOR, to fix and improve issues, and add new features as they are identified. Part of these enhancements is driven by our own internal use of ANIMATOR for the many exercises we build and execute for our customers, but we strive to respond to requests from the community of users or potential users of the CERT GHOSTS platform quickly and proactively and to ask for feedback and improvements from the community as well. This strategy has served us well for other GHOSTS projects hosted through Github. We welcome your feedback as we continue to move forward on this and other projects in the exercise-realism space.

Read the SEI technical report, GHOSTS in the Machine: A Framework for Cyber-Warfare Exercise NPC Simulation.

Watch a video demonstration of GHOSTS.

View presentation materials for the presentation, GHOSTS in the Machine: Orchestrating a Realistic Cybersecurity Exercise Battlefield.

Send a Message to Dustin Updyke

Send a Message to Tyler Brooks