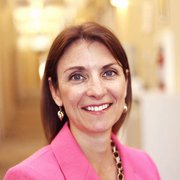 Since 1988's Morris Worm, which infected 10% of the estimated 60,000 computers connected to the internet, cybersecurity has grown into an industry expected to exceed $1 trillion in global spending between 2017 and 2021. Cybercrime will cost the global business market an estimated average of $6 trillion annually through the same time frame! So how do we spend just enough money on cybersecurity to be resilient and achieve our business objectives despite disruptive events like cyber-attacks?

This admonition from management guru Peter Drucker leads us to another problem: benchmark studies show that we are failing to measure the effectiveness of our cybersecurity investments. Even when an organization can measure some of its cybersecurity capabilities, such as defect remediation window (DRW) or the total number of assets protected by antimalware software, this rarely translates to an overall summary of the organization's cybersecurity performance. 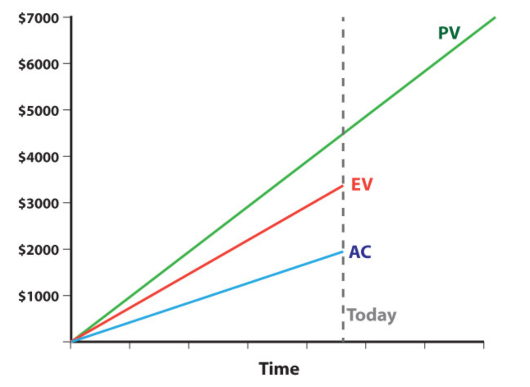 Cybersecurity isn't a discrete project with defined beginning and end dates, nor is it a one-, two-, or even three-dimensional problem. However, we need to measure organizational cybersecurity performance, and applying some EVM concepts is a good place to start.

As in EVM, we need a few dimensions to calculate cybersecurity performance over a given time frame (e.g., quarter or year):

We can now develop indicators of performance, based on the four dimensions of cybersecurity expenditures: 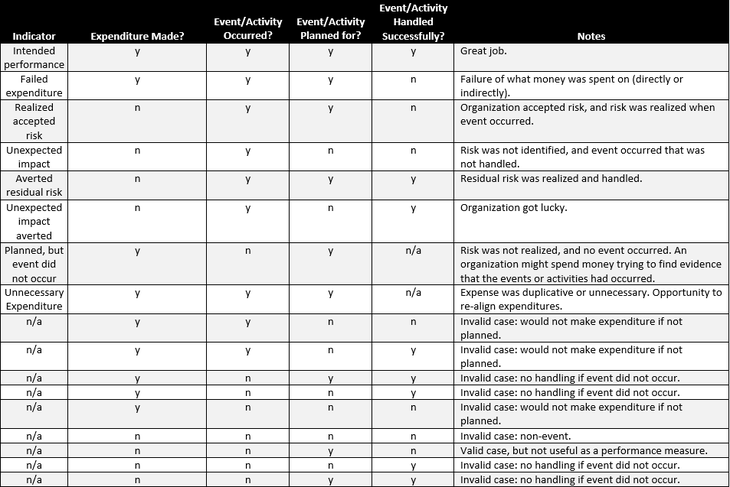 Here's an example of how to apply these indicators. Let's say your organization spent $5,000 in CYQ2 for site-wide antivirus protection to detect and quarantine 10 malware signatures (paid as $500/signature) and an additional $30,000 on a human analyst. At the end of the quarter, you examine your logs and other incident tickets to determine what actually occurred. Let's look at the indicators:

The simplicity of this example hides the significant effort it takes to collect and analyze the inputs into the four dimensions of cybersecurity performance--let alone the output indicators, any one of which might have multiple instances. However, the example suggests that Cybersecurity Performance Indicators (CsPIs) are possible. CsPIs would enable succinct communication of the status of a cybersecurity program, as we do for other disciplines, such as finance or customer service.

My intention for this blog post is to start a discussion about creating CsPIs. Do you think these are the correct elements and dimensions? What would you add or remove to best define and describe the performance of your cybersecurity program? What measures and metrics are you currently using to achieve the objective of the CsPIs? Send your ideas to info@sei.cmu.edu.

Send a Message to Summer Fowler

Moving Beyond Resilience to Prosilience