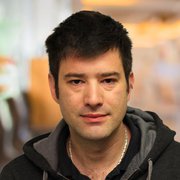 The DoD relies heavily on mission- and safety-critical real-time embedded software systems (RTESs), which play a crucial role in controlling systems ranging from airplanes and cars to infusion pumps and microwaves. Since RTESs are often safety-critical, they must undergo an extensive (and often expensive) certification process before deployment. This costly certification process must be repeated after any significant change to the RTES, such as migrating a single-core RTES to a multi-core platform, significant code refactoring, or performance optimizations, to name a few.

Our initial approach to reducing re-certification effort--described in a previous blog post--focused on the parts of a system whose behavior was affected by changes using a technique called regression verification, which involves deciding the behavioral equivalence of two, closely related programs. This blog posting describes our latest research in this area, specifically our approach to building regression verificationtools and techniques for static analysis of RTESs.

Although there are many types of RTESs, we concentrate on a class of periodic programs, which are concurrent programs that consist of tasks that execute periodically. The tasks are assigned priorities based on their frequency (higher frequency = higher priority). The RTES executes the tasks using a priority-based preemptive scheduler. Each execution of a task is called a job. Thus, from the perspective of the scheduler, a system's execution is a constant periodic stream of jobs of different priorities. In the rest of this post, we use RTES to mean periodic programs.

In the first part of our work, we developed an approach for time-bounded verification of safety properties (user-specified assertions) of periodic programs written in the C programming language. Time-bounded verification is the problem of deciding whether a given program does not violate any user-specified assertions in a given time interval. Time-bounded verification makes sense for RTESs because of their intimate dependence on real time behavior. The inputs to our approach are (1) a periodic program C; (2) a safety property expressed via an assertion A embedded in C; (3) an initial condition Init of C, and (4) a time bound W. The output is either a counter-example trace showing how C violates an assertion A, or a message saying that the program is safe, in the sense that there is no execution that triggers any user-specified assertions.

We implemented our approach in a tool called REK. REK supports C programs with tasks, priorities, priority ceiling locks, and shared variables. It takes a concurrent periodic program that cannot be analyzed with standard tools for sequential verification and converts it to become analyzable with such tools. Although in principle REK is compatible with any analyzer for bounded (loop- and recursion-free) C programs, in practice we rely on the CBMC tool by Daniel Kroening, which is one of the first and most mature bounded model checkers for C. CBMC can automatically analyze substantial C programs by encoding assertion violation to Boolean satisfiability queries. CBMC is a mature and robust tool that has been extensively applied to many industrial problems.

The analysis problem that REK is designed to solve is to check that a given periodic program is safe under all legal scheduling of tasks. REK solves a time-bounded version of this problem, e.g., whether the program is safe in the first 100ms, 200ms, 300ms, etc., starting from some user-specified initial condition. A time-bounded verification makes sense in the context of periodic programs since their execution can be naturally partitioned by time-intervals. Of course, in practice, unbounded verification would be preferred, so we are working on extending REK in this direction.

We briefly summarize the sequentialization step done by REK. First, we divide a time-bounded execution into execution rounds (or, rounds for short). The execution starts in round 0, a new round starts (and the old one stops) whenever a job of some task finishes. An execution with X jobs therefore requires X execution rounds. The sequentialization step simulates execution of each round independently and then combines them (using non-deterministic choice) into a single legal execution. Further details of the construction are available in our FMCAD 2011 paper referenced below.

In addition to the basic sequentialization described above, REK is extended with the following features to achieve scalability to realistic programs:

As part of our research, we created a model problem using the NXTway-GS, which is a two-wheeled, self-balancing robot that responds to Bluetooth commands. The robot uses a gyroscope to balance itself upright by applying power to left and right wheels. It also uses a sonar sensor so that when it comes to an obstacle, like a wall or ditch, it can back up. We have used REK to verify and fix several communication consistency properties between the tasks of the robot. More information on the use of REK for the NXTway-GS is available at http://www.andrew.cmu.edu/~arieg/Rek.

Every instance of regression verification is based on some underlying notion of equivalence. The equivalence notion for single-threaded software is called partial equivalence: two functions are partially equivalent if they produce the same output for the same input. A multi-threaded program, conversely, is not partially equivalent to itself by the above definition since the same input can lead to different outputs due to scheduling choices. Our first challenge therefore involved creating a notion of equivalence for multi-threaded software.

Our second challenge was to come up with the right notion of decomposition to establish equivalence of programs from equivalence of their functions. Equivalence of sequential programs is done using Intput/Output equivalence. Two sequential programs are equivalent if it is possible to show that their corresponding functions have the same Input/Output behavior (produce the same output given the same input). In the case of multi-threaded programs, however, functions from different threads of a single program affect one another, making simple decomposition at the level of functions much harder because it must take interference from other threads into account.

To check whether two multi-threaded programs are partially equivalent (P = P') we use a proof rule consisting of a set of premises and a conclusion. Each premise establishes the partial equivalence of a pair of functions f and f' from P and P', respectively. A premise is established by verifying a single-threaded program.

As part of this work, we developed two separate proof rules:

The ability to statically reason about correctness of periodic programs and the ability to perform regression verification adds the following key capabilities to an RTES developer's toolbox:

We believe these capabilities can lower the cost of developing RTESs, while increasing their reliability and trustworthiness.

For more information about our tool REK and our experiments, please visit http://www.andrew.cmu.edu/user/arieg/Rek

S. Chaki, A. Gurfinkel, and O. Strichman. "Regression Verification for Multi-Threaded Programs," to appear in Proceedings of VMCAI 2012.

Send a Message to Arie Gurfinkel

Send a Message to Arie Gurfinkel