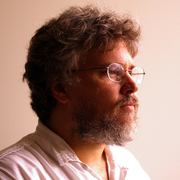 Software developers produce more than 100 billion lines of code for commercial systems each year. Even with automated testing tools, errors still occur at a rate of one error for every 10,000 lines of code. While many coding standards address code style issues (i.e., style guides), CERT secure coding standards focus on identifying unsafe, unreliable, and insecure coding practices, such as those that resulted in the Heartbleed vulnerability. For more than 10 years, the CERT Secure Coding Initiative at the Carnegie Mellon University Software Engineering Institute has been working to develop guidance--most recently, The CERT C Secure Coding Standard: Second Edition--for developers and programmers through the development of coding standards by security researchers, language experts, and software developers using a wiki-based community process. This blog post explores the importance of a well-documented and enforceable coding standard in helping programmers circumvent pitfalls and avoid vulnerabilities.

The wiki-based community development process has many advantages; most importantly, this form of collaborative development engages a broad group of experts to form a consensus opinion on the content of the rules. Members of the community can sign up for a free account on the wiki and comment on the coding standards and the individual rules. Reviewers who provide high-quality comments frequently receive extended editing privileges so that they can directly contribute to the development and evolution of the coding standard. Today, the CERT Coding Standards wiki has more than 1,500 registered contributors, and coding standards have been completed for C and Java, with additional coding standards for C++, Perl, and other languages under development. These guidelines and standards, if implemented, could have prevented vulnerabilities, such as Heartbleed.

Heartbleed emerged as a serious vulnerability in the popular OpenSSL cryptographic software library. This vulnerability allows an attacker to steal information that under normal conditions would be protected by Secure Socket Layer/Transport Layer Security (SSL/TLS) encryption.

Despite the seriousness of the vulnerability, Heartbleed is the result of a common programming error and an apparent lack of awareness of secure coding principles. Following is the vulnerable code:

This code processes a "heartbeat" packet from a client or server. As specified in the Transport Layer Security (TLS) and Datagram Transport Layer Security (DTLS) Heartbeat Extension RFC 6520, when the program receives a heartbeat packet, it must echo the packet's data back to the client. In addition to the data, the packet contains a length field that conventionally indicates the number of bytes in the packet data, but there is nothing to prevent a malicious packet from lying about its data length.

The p pointer, along with payload and p1, contain data from a packet. The code allocates a buffer sufficient to contain payload bytes, with some overhead, then copies payload bytes starting at p1 into this buffer and sends it to the client. Notably absent from this code are any checks that the payload integer variable extracted from the heartbeat packet corresponds to the size of the packet data. Because the client can specify an arbitrary value of payload, an attacker can cause the server to read and return the contents of memory beyond the end of the packet data, which violates our recommendation, INT04-C, Enforce limits on integer values originating from tainted sources. The resulting call to memcpy() can then copy the contents of memory past the end of the packet data and the packet itself, potentially exposing sensitive data to the attacker. This call to memcpy() violates the secure coding rule ARR38-C, Guarantee that library functions do not form invalid pointers. A version of ARR38-C also appears in ISO/IEC TS 17961:2013, "Forming invalid pointers by library functions [libptr]." This rule would require a conforming analyzer to diagnose the Heartbleed vulnerability.

The CERT C Coding Standard continues to evolve. Existing guidelines are updated as new standards, such as Programming Languages--C, 3rd ed. (ISO/IEC 9899:2011), are introduced. Through large and small modifications--from changing a word in a rule title to writing new code examples--the guidelines continue to be improved by the ongoing activities of contributors. Obsolete guidelines are regularly culled from the wiki, and new rules and recommendations are added as technology and research warrant.

In 2013, a second snapshot of the CERT C Coding Standard was prepared for publication. The wiki had grown in the intervening five years: it now had 98 rules and 178 recommendations. We elected to publish only the rules, not the recommendations, in the second edition of The CERT C Coding Standard, published in April 2014. The rules laid forth in the new edition will help ensure that programmers' code fully complies with the new C11 standard; they also address earlier versions of the C Standard, including C99.

The CERT C Coding Standard itemizes coding errors that are the root causes of current software vulnerabilities in C, prioritizing them by severity, likelihood of exploitation, and remediation costs. Each rule includes examples of insecure code, as well as secure, C11-conforming, alternative implementations. If uniformly applied, these guidelines eliminate critical coding errors that lead to buffer overflows, format-string vulnerabilities, integer overflow, and other common vulnerabilities when programming in C.

The CERT C Coding Standard, second edition, covers all aspects of the new C Standard, including best solutions, compliant solutions, and pertinent language and library extensions. It also offers advice on issues ranging from tools and testing to risk assessment. Of the 98 rules, 42 are new--since the first edition, 30 rules have been deprecated, 30 more have been added, and a new section, Concurrency (containing 12 rules), has also been added.

A Tool for Developers

The Source Code Analysis Laboratory (SCALe) provides a means for developers to evaluate the conformance of their code to CERT's coding standards. CERT coding standards provide a normative set of rules against which software systems can be evaluated. Conforming software systems should demonstrate improvements in their safety, reliability, and security over nonconforming systems.

SCALe analyzes a developer's source code and provides a detailed report of findings to guide the code's repair. After the developer has addressed these findings and the SCALe team determines that the improved source code conforms to the standard, CERT issues the developer a certificate and lists the system in a registry of conforming systems.

Conformance to CERT coding standards requires that the source code not contain any rule violations. Occasionally, a developer may claim that code that appears to violate a rule actually is secure because of an exceptional condition. For example, library code with insufficient thread protection could still be secure when run only in single-threaded programs. If an exceptional condition is claimed, the exception must correspond to a predefined exceptional condition, and the application of this exception must be documented in the source code. Conformance with the recommendations is not necessary but, in many cases, will make it easier to conform to the rules and eliminate many potential sources of defects.

SCALe has also been used by the Department of Defense (DoD), which increasingly depends on networked software systems. One result of this dependency is an increase in attacks on both military and non-military systems, as attackers look to exploit these software vulnerabilities. Our technical report on this work, Supporting the Use of CERT Secure Coding Standards in DoD Acquisitions, provides guidance to help DoD acquisition programs address software security in acquisitions. It provides background on the development of secure coding standards, sample request for proposal (RFP) language, and a mapping of the Application Security and Development STIG to the CERT C Secure Coding Standard.

Since its inception, more than 20 SCALe analyses have been performed on a variety of systems from both government and industry for a variety of languages, including C, C++, Java, and Perl.

A number of challenges make compliance with these requirements difficult:

To address these challenges in the coming year our work will focus on the following areas:

In the long term, we hope to continue to develop and refine coding rules for existing secure coding standards, additional coverage for other languages and platforms, and additional analysis capabilities.

We welcome your feedback on our latest and future secure coding work. Please leave feedback in the comments section below.

Send a Message to Robert Seacord

Send a Message to Robert Seacord