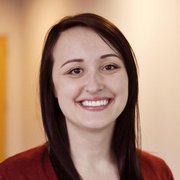 Buzzwords are a mainstay in our field, and "cyberterrorism" currently is one of the hottest. We understand that terrorism is an idea, a tactic for actor groups to execute their own operations. Terrorists are known to operate in the physical world, mostly by spreading fear with traditional and non-traditional weaponry. As information security analysts, we also see products where "terrorists" are ranked in terms of sophistication, just like any other cyber threat actor group. But how does the definition of "terrorism" change when adding the complexities of the Internet? What does the term "cyber terrorism" actually mean?

We identified thirty-seven (37) unique definitions of "cyber terrorism" drawn from academic and international-relations journals, the web, and conference presentations. These definitions date back as far as 1998, with the most recent being published in 2016. We excluded any circular definitions based on the findings in our set. We broke down these definitions into their main components in order to analyze and compare definitions appropriately. The definitions, as a whole, broke into the following thirteen (13) categories, although no single definition included all of them at once:

After binning each part of the definitions into these categories, we found that there is no consensus definition for "cyber terrorism." Our analysis of each definition is found in Figure 1. A factor that might explain the diversity of opinions could be the lack of a singular, agreed upon definition for "terrorism" on the international stage, even before adding the "cyber" adjective. So, what does this mean for us?

In the information security field, vendors, analysts, and researchers tend to slap the term "cyber" onto any actions involving an internet connection. While this may be appropriate in some cases, terrorism does not seem to translate well into bytes and packets. Perhaps this is due to the physical, visceral nature that terrorists require to be successful, or perhaps it is due to the lack of a true use-case of a terrorist group successfully detonating a computer. We should remain mindful as a community not to perpetuate fear, uncertainty, or doubt by using terms and varying adjectives without a common understanding. 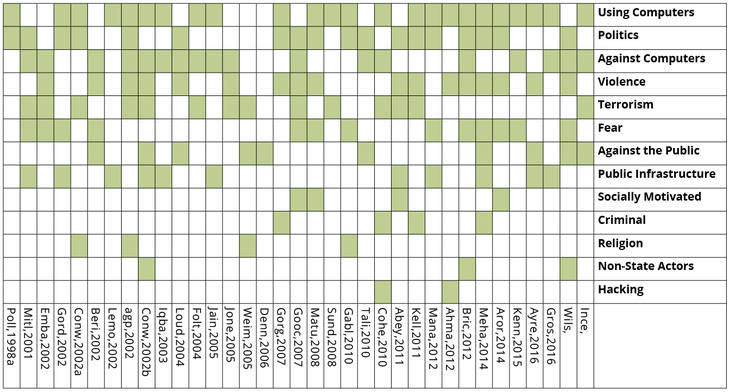 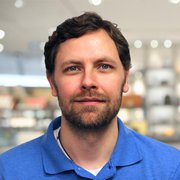 Send a Message to Eric Hatleback

Bridging the Gap Between Research and Practice