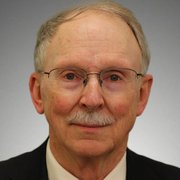 Despite its promise, virtual prototyping presents a serious issue: engineers and scientists often do not know how to create a compelling proposal for a virtual prototyping program—especially the key software component—and get it in front of the right set of eyes to obtain funding and support.

This blog post, which is excerpted and adapted from Creating and Using Virtual Prototyping Software, a book that I coauthored with Dr. Richard Kendall, outlines seven steps to create a compelling proposal for potential sponsors to support a program to develop, deploy, and sustain suites of virtual prototyping tools. The recommendations in the book are based on our experience over the last 17 years establishing and sustaining the Department of Defense (DoD) virtual prototyping program CREATE (Computational Research and Engineering Acquisition Tools and Environments). Launched in 2006, the CREATE program enables DoD engineers and scientists to construct virtual prototypes of major weapons systems, such as ships, air and ground vehicles, and radio frequency antennas.

During the formative stage of CREATE, its founders (including this book’s authors) did not have a guide for developing and marketing proposals for virtual-prototype tool development. To remedy this gap, we have reviewed our experiences from CREATE and other complex, science-based software development programs, both successful and unsuccessful, to identify the factors that led to their success or failure and to derive a set of lessons learned. Some examples of our sources include Software Engineering for Science by Carver et al and the journal article “Software Project Management and Quality Engineering Practices for Complex, Coupled MultiPhysics, Massively Parallel Computational Simulations,” which I coauthored with Dr. Richard Kendall.

We deliver these insights as a set of seven steps offered as a guide for similar undertakings. Although these steps might be considered obvious to anyone in Silicon Valley, we have found that most engineers and scientists have not been exposed to them. Few have experience with developing proposals for the construction of robust software that they can use to make the shift to virtual prototyping possible. 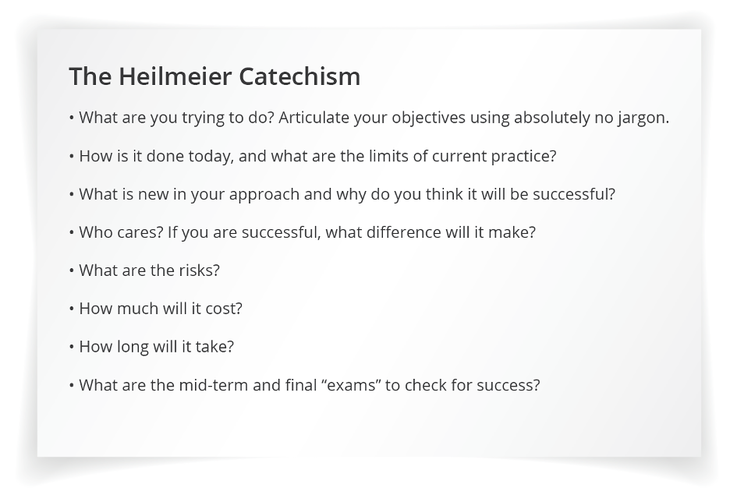 Before starting, it is crucial to assess whether switching to virtual product design and testing can plausibly make a substantial improvement in an organization’s product development process. It could be, for example, that existing computer modeling approaches are too immature to support the switch, or that the computing power needed is not readily available. Moreover, there may be insurmountable cultural obstacles to adoption of the paradigm.

Likewise, switching to the use of virtual prototyping for scientific research should be done only if compelling advantages can be gained over traditional scientific research methods. For instance, supernova research conducted via experiments with high-energy-density laser facilities, such as the National Ignition Facility (NIF) at the Lawrence Livermore National Laboratory, are feasible, but very expensive. Computer simulations of supernova behavior that can be used to identify the key characteristics and physics elements by comparing the calculations with observational data are both feasible and relatively affordable (Lamb 2011).

If moving forward is plausible, then here are the steps.

Step 1: Develop a vision and identify a sponsor.

We have studied and followed dozens of virtual prototyping programs through either personal participation or observation and analysis. The programs generally start with a small team that develops a concept, or “vision,” for how virtual prototyping could improve (i.e., make more competitive) an organization’s product development or scientific research. In almost all the successful cases we know, the focus was on a specific use of virtual prototyping, such as weather forecasting or aircraft design and performance analysis. The team was able to turn its vision into a proposal that a sponsor then approved and funded.

The establishment of a real program is always preceded by the conversion of the vision into a written proposal. Preparation of the proposal generally received support (usually at a very modest level) from advocates within the organization who were interested in exploring the concept. Sometimes a group of passionate volunteers were the sparkplugs who got things moving and convinced the organization’s leadership that virtual prototyping was worth exploring.

With a vision in hand, the focus should turn to identifying potential sponsors. Most of the time, the sponsor is the organization’s management team or some part of it. A bit of evangelizing may be required to get a commitment from a potential sponsor to fund the development of a proposal. However, the resources needed to develop a proposal are small compared to the potential benefit. Our experience with CREATE indicates that a good start on a credible proposal can even be developed by volunteers, working mostly on their own time.

Step 2: Do your homework.

The answers to the following questions should be investigated in preparation for the proposal:

After completing steps 1 and 2, the proposal team should be knowledgeable about the candidate sponsor’s culture, personnel structure, product design capability and methods, quality control processes, and other attributes important to moving forward. This knowledge will be important during the development of a plan that includes estimates for the needed resources (budget, time, training, computers, IT support, etc.). Pilot projects may be helpful, as well as the experiences of similar non-competing projects, if they can be shared.

It is essential that the proposal team cultivate support within each potential sponsor’s leadership team and employees. Other stakeholders will likely benefit from virtual prototyping, and an effort to enlist their advocacy can be beneficial. Adopting virtual prototyping involves a major paradigm shift for everyone. That level of cultural change often (usually) encounters strong resistance, as Machiavelli noted in The Prince.

Our experience indicates that adoption faces less resistance in two cases. The first is with sponsors that have a history of innovation. The second is when an organization has encountered an existential threat and it is clear that virtual prototyping offers a credible way to mitigate that threat. It is hard to overstate resistance to change; it seems that those who most need to change are often the ones most resistant to it.

In addition to funded efforts, senior people in the field are often willing to spend time to discuss issues and offer advice to programs that they see filling an important community need, as we observed with CREATE. The proposal will likely not get far without allies and supporters, both in the organization and in related communities. To enlist them, the proposal team needs to do the following:

However, a bit of caution is needed. The major purpose of virtual prototyping is to establish a competitive advantage. The competitive advantage can be lost if a competitor has detailed knowledge of your program. It is thus important to make sure that you only share information with people you trust and who do not have a conflict of interest.

In practice, all these steps should be taken more or less simultaneously. They will likely require several iterations and close collaboration among the proposal team leaders and prospective stakeholder groups. The most important stakeholders are the potential sponsors, but all potential stakeholders are valuable; they provide gravitas.

The proposal will be stronger if it identifies at least a few specific external examples of virtual prototyping software applications that members of the potential sponsor’s organization can recognize and understand. The proposal will be even stronger if the proposal team can find illustrative examples of software applications that demonstrate the effectiveness of virtual prototyping for the sponsor’s product development or scientific research topics. For instance, if fluid flow is important, an example of the use of a computational fluid dynamics (CFD) code may be appropriate. CFD is ubiquitous in the analysis of air vehicle performance, reducing automobile wind resistance, and designing fast sailing ships (such as the America’s Cup ships). These uses are rich sources of examples.

After completing step 4, the proposal team should understand the technical challenges involved in developing a product or conducting scientific research. An exception may be the challenges specific to developing physics-based, high-performance computing software, which may be a new specialized area for many software development groups. Being able to overcome the challenges of developing physics-based high-performance based software is crucial to the success of the proposal. If the team doesn’t already have that expertise, it will need to acquire it to produce a credible proposal and a successful program.

The objective in step 5 is to turn the vision of the first step into a formal proposal for the software development program that has a good chance of being approved and funded. The proposal should have two parts. The first part should

Steps 2, 3, and 4 are necessary precursors here.

In addition to the three topics above, first part should include the following:

The second part of the proposal should include these components:

Step 6: Market the proposal to the potential sponsors and stakeholders.

Marketing the first part of the proposal should address these areas:

If the potential sponsors are not attracted by these topics, they will not be interested in the details of the execution plan. It is crucial that the proposed budget, schedules, and deliverables be realistic and that the proposal team can defend the numbers. Prospective sponsors will use the realism of the budget, schedule, and program goals as an important measure of the proposal’s credibility.

The proposal is primarily a bid to develop (or procure) and deploy software to support the virtual prototyping capability that the sponsor needs. Here “deploy” means that the software becomes part of the product development workflow. It is also important not to underbid the cost and the time. If the sponsor agrees to fund the project, the development teams will be accountable to deliver a reasonable approximation of the planned software on time and within budget.

For new teams developing software, the funding should start at about 20 percent to 40 percent of the planned asymptotic funding level and ramp up to it over a period of 3 to 5 years. If the team will be staffed by employees of the sponsor, building up more rapidly might be possible. If existing software is being configured (as opposed to developed) to support the virtual prototyping paradigm, less time will be needed.

If the proposal is approved, move forward with planning and executing the proposed program (Chapter 7 in our book includes next steps). If the proposal is not approved, find out why it was deficient and see if you can remedy the deficiencies. If not, do a post-mortem retrospective to extract the lessons learned and consider whether to try again with another candidate sponsor.

Opportunities and Challenges for Virtual Prototyping

Looking ahead, there are opportunities (and challenges) for virtual prototyping, including

This post was excerpted from Creating and Using Virtual Prototyping Software by Douglass E. Post and Richard P. Kendall.