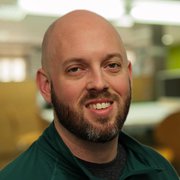 In the fall of 2018, the CERT Coordination Center (CERT/CC) Reverse Engineering (RE) Team received a tip from a trusted source about a YARA rule that triggered an alert in VirusTotal. This YARA rule was found in the Department of Homeland Security (DHS) Alert TA17-293A, which describes nation state threat activity associated with Russian activity. I believed this information warranted further analysis.

The YARA rule, shown in Figure 1, is allegedly associated with the Energetic Bear group. The Energetic Bear group, named by security firm CrowdStrike, conducts global intelligence operations, primarily against the energy sector. It has been in operation since 2012. (For more information, see CrowdStrike Global Threat Report: 2013 Year in Review.) This group has also been referred to as Dragonfly (Symantec), Crouching Yeti (Kaspersky), Group 24 (Cisco), and Iron Liberty (SecureWorks), among others. (For more information, see APT Groups and Operations.)

Unfortunately, upon reviewing numerous public threat reports from the above vendors, I could not find further information tying this YARA rule or associated exemplars to the Energetic Bear group, but I still believed that the activity warranted further investigation and analysis.

I used the following methodology for this analysis:

I was interested in understanding the string variables found in the YARA rule shown in Figure 1. Specifically, it was not immediately clear what the $api_hash variable represented, whereas the variables $http_post and $http_push appeared to be associated with Hypertext Transfer Protocol (HTTP) header fields. I focused my analysis on the $api_hash variable. 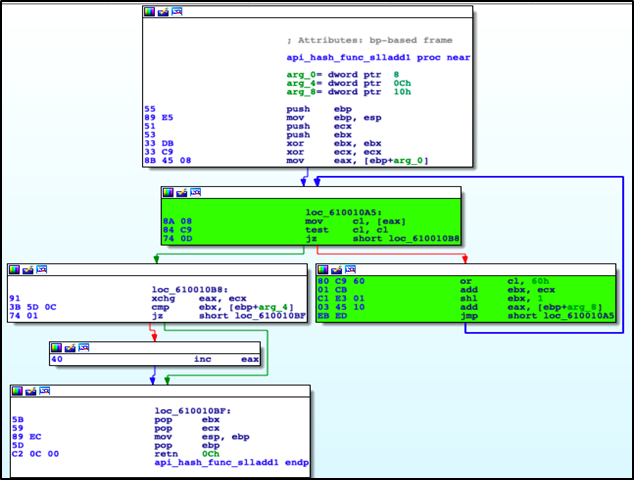 The key points to highlight in Figure 2 are the or of 0x60, shift logical left (shl) by 1, followed by an add, and jump. Based on this information coupled with the variable name $api_hash, I was able to determine that this was a Windows application programming interface (API) hashing routine.

I wanted to find further information on any API hashing techniques. Through open source intelligence (OSINT) gathering, I discovered the FireEye Flare IDA Pro utilities Github page that mentioned a plug-in called Shellcode Hashes and an associated blog post from 2012 titled "Using Precalculated String Hashes when Reverse Engineering Shellcode," which further discussed API hashing. (For more information, see FireEye Flare IDA Pro utilities Github and Using Precalculated String Hashes when Reverse Engineering Shellcode.) After I examined the FireEye Flare IDA plug-in script further, I found it contained 23 API hashing modules. I identified an API hashing module, shown in Figure 3, that was very similar to the routine found in the exemplar shown in Figure 2. This API hashing module is a function that contains a for loop, which contains an or of 0x60 followed by add and a shift left by 1.

Mapped Research Findings and Analysis to Exemplar with IDA

I used another CERT/CC tool called UberFLIRT. UberFLIRT calculates and stores position independent code (PIC) hashes of arbitrary functions, easily shares information via a central database, and allows for fewer false positives than IDA's Fast Library Identification and Recognition Technology (FLIRT). I labeled the function shown in Figure 2 in IDA as api_hash_func_slladd1 and saved it to the Uberflirt database to facilitate future analysis of similar exemplars.

Examining the entry point of the exemplar, I found two values that are pushed onto the stack and passed as parameters to a function. These two values are 0x0038D13C and 0x000D4E88. The value 0x0038D13C is the hash of VirtualProtect shown in Figure 4. The other value, 0x000D4E88, is discussed below.

Examining this function, where the API hashes were passed as parameters, I determined that this exemplar uses manual symbol loading techniques, which are very similar to that of shellcode, to interact with the system through APIs.

This process reads the Thread Environment Block (TEB) to find the pointer to Process Environment Block (PEB) structure. The PEB structure is then parsed to find the DllBase of kernel32.dll. This exemplar also checks to ensure that it has the correct kernel32.dll by using 0x000D4E88 hash value to check for the kernel32.dll base name to the kernel32.dll that was found via manual symbol loading. The function then continues to parse the portable executable (PE) export data and passes the virtual protect hash (0x0038D13C) to the hashing algorithm. The same is done for the remaining hashes. This process is shown in Figure 5 with my added comments. I labeled the function from Figure 5 manual_symbol_resolution and saved it to the UberFLIRT database to aid in future analysis of similar exemplars. 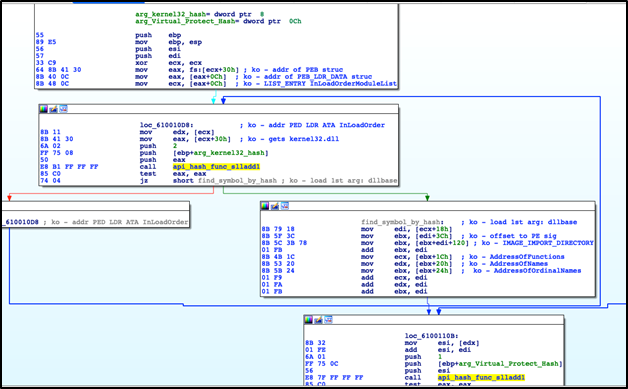 Now that I understood the initial exemplar, I proceeded to find similar exemplars.

I used the following process to find additional exemplars:

I used the YARA rule, shown in Figure 6, to discover an additional 36 potential exemplars. To discover these files, I used the CERT/CC's large archive of potentially malicious software artifacts called the Massive Analysis and Storage System (MASS). The MASS is a distributed system designed to download, process, analyze, and index terabytes of potentially malicious files on a daily basis.

Upon further analysis, I realized that some of the new exemplars did not alert with the YARA rule shown in Figure 7. I analyzed this subset of exemplars and discovered two slight variations in the API hashing routine. The first was an addition of one extra byte, while the second dealt with 64-bit files.

I refined the YARA rule further to incorporate these two additional variations shown in Figure 8.

This YARA rule, shown in Figure 8, could be refined further by combining the API hash routines into one string variable. However, when identifying new exemplars, I wanted to know which API hashing function was found in the exemplar.

I turned my attention to identifying the sll1Add routine API hash values found in all of the 37 exemplars.

All exemplars had the sll1Add routine API hash values for functions from kernel32.dll. These are shown in Figure 9.

Most of the exemplars had the sll1Add routine API hash values for functions from ws2_32.dll, as shown in Figure 10.

There were a few outliers that had the sll1Add routine API hash values for functions from wininet.dll. These are shown in Figure 11.

I identified 29 unique IP address, including private IP space and port pairings, shown in Table 3, from 33 of 37 exemplars.

This information can be turned into signatures for network intrusion detection systems, such as Snort or Suricata.

Because of the link to the Energetic Bear group, I thought the exemplars could be a remote access Trojan (RAT), such as Havex, which is also attributed to this particular group. I discovered research by Veronica Valeros on A Study of RATs: Third Timeline Iteration. I contacted her directly and ask if she recalled any of the RATs she researched using an API hashing technique. She could not recall, but mentioned that it could have been missed because she was not explicitly looking for this technique. I used her research to attempt to identify RATs that use this API hashing technique. I was unable to identify any publically reported RAT using this technique.

This brings me to a couple outstanding questions:

I hope by publicly discussing this analysis that I can encourage information sharing and allow us, as a community, to engage in more detailed threat reporting.

Lastly, I have reached out to the MITRE ATT&CKTM team to ask for an additional technique, API hashing, to be added to its framework. During my analysis, I could not find this explicit technique listed in the framework.

I expanded the corpus of information from afore mentioned trusted partner regarding DHS Alert TA17-293A. This information includes

If the attribution and my research are correct, this may be the first publicly documented report of an API hashing technique being used by a nation state actor.

(May 3, 2019)
I've worked with the MITRE Malware Attribute Enumeration and Characterization (MAECâ„¢) team to have API Hashing added to the Malware Behavior Catalog Matrix. You can find the API Hashing listed as a Method under Anti-Static Analysis--Executable Code Obfuscation.

(March 27, 2019)
The power of open source sharing has been positive. It was brought to my attention (thanks to Matt Brooks from Citizen Lab) that this API hashing tool is related to Trojan.Heriplor from Symantec's Dragonfly: Westion energy sector targeted by sophisticated attack group report. The hash in Symantec's report is, in fact, one of the exemplars found shown in the appendix. Symantec provided this hash in the form of a picture, and I must have fat-fingered the hash when transcribing it. However, this specific API hashing technique isn't mentioned in their report.

This corroboration does help to answer my own question from the Identified Future Work section. Symantec's Trojan.Heriplor analysis attributes my analysis of this API hashing tool to Energetic Bear. More importantly, this linkage also shows that this tool is still actively used.

Send a Message to Kyle O'Meara

Send a Message to Kyle O'Meara