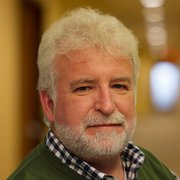 Background:Over the past decade, the U.S. Air Force has asked the SEI's Acquisition Support Program (ASP) to conduct a number of Independent Technical Assessments (ITAs) on acquisition programs related to the development of IT systems; communications, command and control; avionics; and electronic warfare systems. This blog post is the first in a series that identifies common themes across acquisition programs that we identified as a result of our ITA work. This post explores the first theme: misaligned incentives, which occur when different individuals, groups, or divisions are rewarded for behaviors that conflict with a common organizational goal.

When performing the ITAs, the Air Force asked us to:

As part of our analysis, we interviewed people that had been on those teams and looked at documents and other information that we had gathered. We then collated all the findings that had come out of those programs to identify common themes and related issues that we observed.

Out of that process came many different findings that we categorized into several overarching themes. We also found a series of emerging trends across this sample. While the sample space is specific to the U.S. Air Force, the trends are representative of what we've seen across all types of acquisition programs in the Department of Defense (DoD).

There is a saying: Individually optimal decisions often lead to collectively inferior solutions. Or, to put it more simply: If everyone acts in what they believe to be their own best interests, as opposed to the group's best interests, the overall result for the group may be suboptimal--and in some cases, catastrophic.

While lengthy program duration enables the creation of greater capability, it also incentivizes the use of less-mature technology to avoid obsolescence at deployment. Likewise, it incentivizes requirements scope "creep" due to changing threats and new technologies while the program is in development. Although minimizing the growth of program schedule and cost should ideally be in everyone's interests, there are conflicting incentives for stakeholders to do just the opposite; ostensibly to deliver a better, more capable system to the warfighter.

Another example is the "Bow Wave Effect." In spiral development, there can be an incentive to postpone riskier tasks that were planned for an early spiral (originally intended to reduce risk) to a later spiral, in favor of doing simpler tasks up-front. The easier tasks will show good progress, making the program's cost and schedule performance look better in the near-term. This deferral strategy increases risk in later spirals, however, by delaying complex development to a future point when there is less flexibility for change and less room in the schedule to complete the work successfully. The short-term interests of good cost/schedule performance thus often take precedence over the longer-term interests of successful deployment.

Misaligned incentives commonly occur in the absence of proper rules that control the rewards or penalties for participants. The underlying principle is that unless the rules incentivize them to do otherwise, people tend to act in their own self-interest. Two common types of misaligned incentives are those in which (1) an individual's interests are traded off against the group's interests and (2) long-term interests are traded off against short-term interests. If some stakeholder goals conflict with program goals, then either contractor self-interest (such as making more money) or Program Management Office (PMO) self-interest (such as making the program last longer) may drive decision-making. Neither situation is in the best overall interest of the program or the DoD.

So the question is how can misaligned incentives in acquisition be addressed? The fact is that problems relating to misaligned incentives have been the subject of intensive study in many different fields ranging from social psychology, game theory, and behavioral economics. Many approaches to resolving specific types of incentive problems have been developed, both by using new theory and by identifying past strategies that have been used in different domains to successfully deal with these issues.

When, as participants in an acquisition program, we find ourselves facing instances of misaligned incentives--and there are many--the goal is to try to align them. Not all incentives, however, are within our "sphere of influence" as engineers and managers. Some are inherent in the governance (i.e., the policies and regulations) that we operate within and can't be changed easily. When this is the case, one of the best ways to mitigate the consequences is simply to recognize their existence. Knowing what lies ahead allows managers to make a compelling case for considering workarounds and other alternative options.

Ultimately, however, if misaligned incentives are not addressed by either the PMO, its parent organization the Program Executive Office (PEO), or the DoD, it can lead to such situations as

Reviewing the alignment of the incentives acting on an acquisition program can be revealing. Work done by the SEI in Acquisition Archetypes illustrates some of these issues, and recommends some approaches for addressing them. Understanding the incentives will expose opportunities for improving governance by changing the rewards to bring the goals of the various parties into better alignment, and reduce conflict among stakeholder groups.

We don't have enough space to discuss specific solutions to misaligned incentives in this posting, but will delve into this topic in future postings. Future postings will also report on research we are conducting that combines characterizations of types of misaligned incentives, such as "social dilemmas," with complex system modeling. This combination will align the incentives so acquisition staff can make decisions that produce better program outcomes.

This is the first post in an ongoing series examining themes in acquisition. Other themes that will be explored in the series include the need to sell the program, the evolution of science projects, and the move towards common infrastructure and joint programs New installments in the series will be published over the next several months on the SEI blog.